I purchased this model WF395BTPAWR/A1-01 Serial No.Y49953ACA03689E new in 2013 in Roseville, CA. In the last year it developed a increasingly bad wobble during the spin cycle - so much so that the safety features in the machine would shut down the spin cycle prematurely, and try again, and again, and again. The result clean WET clothes. So I rounded up the usual suspects and replaced the four shock absorbers with four new Samsung OEM shocks. No joy. Then I figured maybe the two upper springs were stretched beyond spec and replaced them. Nope.

The problem is that the stainless drum is wobbling INSIDE the plastic shell even when the machine is empty.

I put the machine in test cycle - depress & hold two buttons on bottom right for at least 5 seconds, then while still pressing those 2 buttons, press the power on, everything should light up. Now rotate knob counterclockwise to SPIN test, SPIN is displayed on the small screen, push start and the machine will attempt to spin to 1200 RPM. It failed every time. Completely empty. Why? Because the spider arm supporting the stainless drum is made of inferior cast aluminum which disintegrates over time. Simply put, the cast alloy arm in a hot soapy water, high Ph (Ph>7), solution leads to corrosion of the spider arm.  Is it galvanic action or simply corrosion in a high Ph environment?  Not sure, but the result is the same: The cast alloy spider arm DISSOLVES over time until it fails entirely. For me, that took 7 years of gentle use. Your mileage may vary, but it WILL happen, it's just a question of when......because Science. 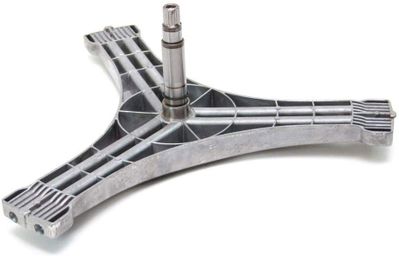 Here is a spider arm for a later model.  Samsng no longer makes an arm for my machine, so at less than 7 years old, It is garbage for the landfill.

Now I'm a handy guy with three welders, a metal turning lathe, a 20 ton hydraulc press and can fix nearly anything. But Samsung no longer makes the spider arm for this expensive top of the line pile of junk. This product has been "value-engineered" to become obsolete. Do I dissect this machine, salvage the hardened steel spindle and make my own spider arm in the shop? And balance it precisely? It might be a fun project, but I won't smell too good until it is finished wearing dirty clothes.

I'm off to buy another washing machine. It will not be a Samsung product, now or ever.  I believe Asko makes a front loader with a stainless spider arm.  A little more expensive but cheaper in the long run. 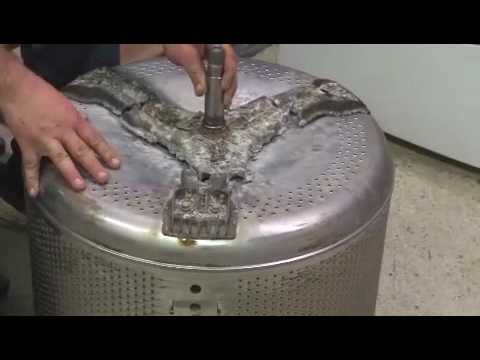 In full agreement on the repairability of this brand.  One and done.  Fool me twice?  Nope.