I have a Samsung WF448AAP/XAA Washing Machine.  I was getting a message that it could not drain and to check the drain pump.  After cleaning out the filter it worked (once) but then alerted again.  I figured the drain pump went so I decided to order a new drain pump assembly before I tore it apart based on my model number.  Based on what MULTIPLE sites said...and Samsung itself I got OEM Part # DC96-01585C.  The problem was when I tore the Washer apart it was obvious DC96-01585C was not the drain pump assembly I had in my machine.  It was missing the place for the recirculation pump.  It LOOKED like I could just put the old recirculation pump on the new assembly...but that was just a plastic mount and had no opening to the water area.  It was also missing the port for the tube that goes up to the drum area.

Luckily for me...the drain motor was exactly the same on the new assembly as the old one...so I figured I would just switch the motor.  Unfortunately the water check valve on the old assembly was broken...and the check valve flap on the new assembly did not fit.  Based on what I could find it seemed like my old assemby used Valve-Check DC62-00202A...but the new (wrong) assembly used Valve-Check DC-00299A.  Note: I just assume this based on LONG internet searches because anything Samsung has for my washer model shows the assembly without the recirculation pump.

My questions are this:

2) The old drain pump dooesn't seem to be bad (can still feel magnetic resistance and it spins).  If that check-valve flap was bad (it was actually ripped at the rubber ring so may have just be flapping around in the tube)...could that throw a code that there could be a problem with the drain pump?  I also assume it may have been broken for a while because if the washer sat for more than a day it would stink and I'm thinking it was because the broke flap was letting the water stuck in the lower parts of the tube back in the washer.  I read somewhere that if that flap is not installed it could prevent the drain pump from being able to start due to back pressure.

3) If I can't find the right check-valve I may just try to make one in-line.  I talked to a repair guy when I was looking for parts and he said that is how some washers work and even if the check valve was an inch or two from the pump it should still work.  Anyone out there ever need to do this?  If so...any write-ups?  I saw a You Tube called "How To Make a One-Way Check Valve - For Cheap!!" and I may resort to that drastic measure.

Long post...if you made it to here I thank you for reading.  I have not seen anyone talking about how the wrong pump assembly is identified with WF448AAP/XAA...so I figured I would put this out there and see if anyone could offer some help.  Note: I noticed some site list up to 9 revisions for this model 0000 to 0008.  My washer had no revision number...but the same drain pump assembly is always listed for each revision. 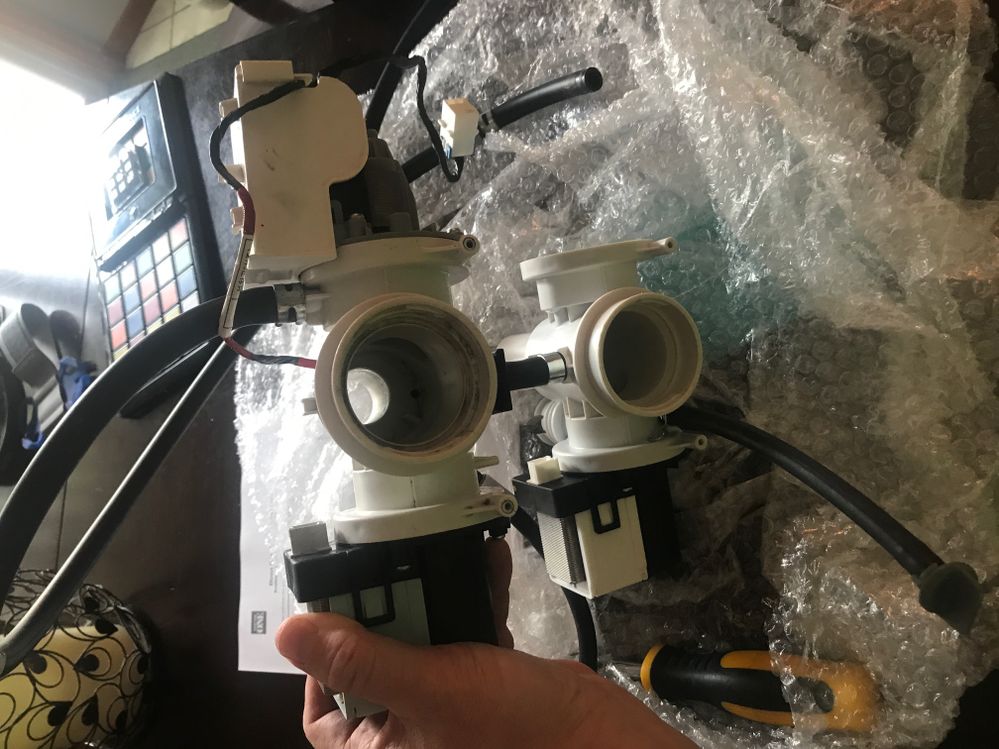 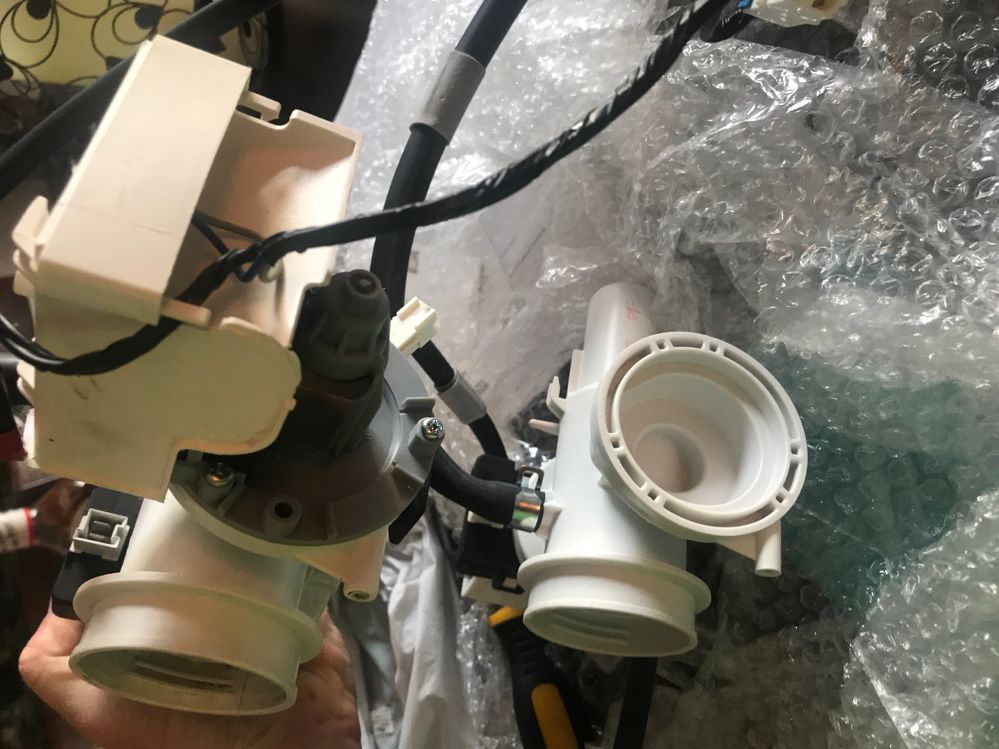 I just tore into my machine and am dealing with the same problem regarding no recirculation pump on the new drain pump part....

Did you ever find an answer/what did you end up doing with your machine?