Samsung will not honor Refund as promised

I have been trying to resolve my 82 year old mother's defective washer claim. She is unable due to cancer & now cataracts. I called, completed the claim process, emailed it in with photos as required. I called to verify receipt of the claim and it's contents were sufficient. Was told issuing a refund of $511.16, much less than it should be but trying to resolve anyway. This was all in May. July 2 I called to follow up as no check has ever been received nor has there been any other contact by anyone from Samsung. I was told by automated system they were busy and someone would call back in 2 HOURS! I received that call, he told me he had only been there a couple of days. What he was seening made no sense. The claim had been CANCELLED. No explanations were attached so he would TRY to get me to a supervisor. After waiting for about 15 minutes, with only silence until I asked are you still there, what is going on now he says he is waiting on a response. Then I am told that the process has changed to get me to a supervisor. Again I wait in silence, when asked are you still there, he is says Yes, I am trying to do this process right. A while later, no other words from the so called Customer Service person, I am sent to an automated system as though I had just called to start a new complaint. I called again, get another person. She says she also sees the claim has been cancelled, no reason, makes no sense. She agrees this seems very WRONG BY  SAMSUNG. She is scheduling for someone to call me today 7/3/20 at 10:00 a.m. I asked are you sure they are working 7/3 due to the Holiday. She says yes they are someone will call me. NO CALL. I believe Samsung is an awful company at this point. I explained and they have it documented because they told me when I called , what condition my mother was in. Yesterday first call, he asked me how was my mother doing after reading the claim then telling me it was cancelled. My stepdad is 80, he has been hand wringing out all laundry for almost a year while trying to take care of my mother who needs 24 hour assistance. They went through the Samsung process of repairmen coming out. Last one said it was not able to be repaired, which is what started Samsung;s supposed resolution of a refund. Now they will not honor it. I will now be going to all Local TV stations & contacting an attorney to try and resolve this travisty created by a company who has certainly made enough profit to take care of those they have abused with defective products. May be can even get mor than the measley $511.16 due to their lack of integrity as a HUGE profitable company choosing to disrespect and mistreat those who have purchased their products in good faith. 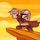 Re: Samsung will not honor Refund as promised

This does sound super frustrating and I would like to look into this for you! Can you provide the ticket number or the washer serial number via private message?  http://bit.ly/2sSxapD