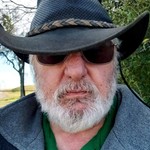 And if you use a theme, make sure that it is compatible with One UI.   ... View more
Big-Bad-Brad
Sun
in Galaxy Note Phones

@userMuk6sYXUxe wrote: It's working now. I turned off WiFi (no wifi at home) and reopened my 3d compass app. I don't have a real compass to compare it with, but now it is pointing generally the right direction.   Ok, so not sure why sometimes it is 180 off. The app said calibration was high but I waved it about some more.   Perhaps i just need to calibrate it each time? I hope once took care of it. I took my drone out today and the controller was actually pointing me in the right direction. Did that one calibration and that seems to have done it.  Hopefully. Lol ... View more
Big-Bad-Brad
Sun
in Galaxy Note Phones

Re: Giant black bars on buttom after update

Don't know why the bars are that big, but I'd go with the gestures and do away with that version navigation bar. Settings>display>navigation bar.   Go with full screen gestures and use the markers at the very bottom of the screen. Took me just a few minutes to get use to them.  ... View more
Big-Bad-Brad
Sun
in Galaxy Note Phones

Why don't you try the night mode then? Settings-display-night mode .  Or better yet, drop the theme that's designed for an other operating system @usereyPxAz5q8Z wrote: All of my menus have changed their layout, changing my theme doesn't affect them. I hate the white, especially in the calendar app. Why make the calendar white, and keep the numbers white? I can't use my calendar now. Can't change to night mode cause I'm using a theme. Can't close apps individually. Why did you change how my phone looks and is laid out when you aren't the one using it?! $1000 to feel like I'm borrowing someone else's phone. Thanks a lot.   ... View more
Big-Bad-Brad
Sun
in Galaxy Note Phones

And it's a different version.  CSC1 and not CSB3 ... View more
Big-Bad-Brad
Sun
in Galaxy Note Phones

I'll be.... Had to calibrate the compass and it's finally figured out which way North was. AT&T users.... Go get it! ... View more
Big-Bad-Brad
Sun
in Galaxy Note Phones

The link was the word "here" underlined in his original message. Click the word to access the link.  ... View more
Big-Bad-Brad
Sun
in Galaxy Note Phones

Re: Clock App has LA on GMT

I'd almost be willing to bet that its related to the clock deal..  It has to coodinate with the servers and the towers and it's getting confused.  Has it corrected itself since you fixed the Time Zone?   If you're still having bugs with the clock, since you said LA, you don't happen to live close to a time zone do you?  Have you selected Automatic Date and time?  If so does it continue to mess up?  If so have  you tried Going manual and selecting the correct Time zone and the correct time?   You got my curiousity going with this one.. LOL  I had a bunch of guys at work whos clock was continually off by several hours.   I told them to set it.  They said it does no good because it was one that sets itself every night and it would Jump to the incorrect time.  They acted like they'd never heard of something as strange as "Time Zones". ... View more
Big-Bad-Brad
Sun
in Galaxy Note Phones

10 Likes
@userymOwumN8X2 wrote:   Hi    SamsungCole, You marked this as solved long ago! We still have the issue and have not seen the update!  Do you have any updates please? Thank you,   Lemme guess.. You're on AT&T also right??  I'm glad to see that I'm not alone out here.  It seems that everyone out there has gotten the update EXCEPT for AT&T.  When??  No idea.  I check for updates every afternoon with nothing showing up yet.  Hang in there....  ... View more
Big-Bad-Brad
Sun
in Galaxy Note Phones

1 Like
Why AT&T hasn't released the CSB3 update yet, I have no idea.  No offence meant to anybody here on this forum, including the moderators, but the person that is sitting at a computer screen, answering the phone and reading from a prepared script isn't going to know what is going on behind the scene.  And if you do manage to get hold of someone higher up, they could well have been told not to mention it to anyone.  The "We have no idea of what you are asking about" defense.   This bug was pointed out to Samsung 188 posts ago and a about a month and a half ago.  It was determined that apparently CSAA had a bug that threw the compass off by about 90 degrees.  Samsung listened.  Evaluated and repaired the glitch resulting in update CSB3 which, according to users have recieved the update, corrected the problem with the compass.  Samsung does not distribute the updates to the users.  That is done through the carriers for some phones.  Why AT&T has held up the distribution, we have no idea.  Evaluation, testing, adding more updates....  Until it is released, we have no idea.   Samsung moderators were here early on in the discussion and has passed the information on.  They were getting information on the Firmware that was causing the problem.  They fixed it.  We are just waiting on AT&T to pass it down.   AT&T's support page still shows that CSAA is the latest firmware version out.  This is only for AT&T phones.  So.....  I, and others wait.     https://www.att.com/devicehowto/tutorial.html#!/stepbystep/id/stepbystep_KM1278532?make=Samsung&model=SamsungN960U&gsi=26w7w7 ... View more
Big-Bad-Brad
Sun
in Galaxy Note Phones

Yes, you are correct.  The latest in the US is CSB3.  The latest that AT&T has sent out is CSAA.  So as an AT&T user, MY latest is CSAA.  I was referring to AT&T and not the remainder of the US since the other carriers have already gotten CSB3.   We have a saying in I.T. work.  It's called "Goggle that S..... uh... Stuff"   https://www.techwalls.com/samsung-galaxy-note-9-sm-n960-model-number-differences/   Basically, the processor, the Ram, the Storage, the area of operation (US, Europe, Asia...) the color, the frequencies, the carriers....... ... View more
Big-Bad-Brad
Sun
in Galaxy Note Phones

I have no problem with the colors.  Once I found the night mode, everything was perfectly clear.  If you are running a theme that you got when you were on oreo, you're going to have to turn it off and download one that was designed for the new OS.  Otherwise, it's going to look bad.   ... View more
Big-Bad-Brad
Sun
in Galaxy Note Phones

2 Likes
@userKS8APahn0Q wrote: I dont know what you mean by Oreo nor UI. Nevertheless ive been searching for a solution in my settings, i will try & find nightmode as you suggested.  Thanks Oreo was the previous version of android operating system that was replaced/ updated at the first of this year.  The updated os has been called Pie, as released by Google.  Samsung's version as modified by their engineers has gone by the name "One UI".  One UI is the current system.   Quickest way to tell without going into the settings section is to look at the clock on the top of your screen.  If the clock is on the right,  you have oreo. If the clock is on the left,  you have One UI. And that clock location has been the source of so many complaints......... ... View more
Big-Bad-Brad
Sun
in Galaxy Note Phones

1 Like
@Meaness wrote: I agree with all the feed backs Truthfully. I'm having no problems. I use nova as a launcher and I keep it in night mode all the time.  Quite comfortable ... View more
Big-Bad-Brad
Sun
in Galaxy Note Phones

2 Likes
Are you running a theme?  If so,  turn it off  If the theme was  designed for oreo,  it won't run right under ONE UI.  If you aren't running a theme that's designed for the new system,  try:  SETTINGS>DISPLAY>NIGHT MODE and see if that helps @userKS8APahn0Q wrote:   I too despite this update!!! I can't  see any of my contacts, i thought it was something that needed to be done in  the settings to see but it isnt. Everything is all white in the contacts and in the text messages.  This random giant black space hovering above saved messages is redundant. This Bull is giving me anxiety because i cannot do my day to day tasks without all the hinderances. Even the standard calendar doesnt fully load, you cant even see the dates. I never liked samsung and was always an LG person but i thought hey this note 9 looks promising let me give it a shot. Its been pretty cool, outside of the text messaging ive always hated the extra steps you have to take just to send a simple text is unnerving, up until now. I am highly ticked that I cannot revert the mess this so called update has caused and makes me want to return this phone.   Samsung you were getting somewhere but now youve gone too far and need to correct you faults immediately.  I dont have money to keep wasting on phones, if im gonna pay you all of this mo ey at least you could do is give us what we like and not this garbage!   ... View more
Big-Bad-Brad
Sun
in Galaxy Note Phones

@userKJL5mwC3Qg wrote: @Big-Bad-Brad wrote: @userKJL5mwC3Qg wrote: Each carrier, including AT&T, has a webpage saying what its latest Note9 firmware version is (just Google it). And that statement is totally correct.  The LATEST Note9 firmware IS CSAA. No, the latest Note9 firmware in the US is CSB3. But AT&T has not released it yet for AT&T users. See here, for example: https://support.t-mobile.com/docs/DOC-38176   Yes, you are correct.  The latest in the US is CSB3.  The latest that AT&T has sent out is CSAA.  So as an AT&T user, MY latest is CSAA.  I was referring to AT&T and not the remainder of the US since the other carriers have already gotten CSB3. ... View more
Big-Bad-Brad
Sun
in Galaxy Note Phones

@userKJL5mwC3Qg wrote: Each carrier, including AT&T, has a webpage saying what its latest Note9 firmware version is (just Google it). And that statement is totally correct.  The LATEST Note9 firmware IS CSAA.  That is the latest that AT&T has issued to the public.  But it is not the latest that AT&T has in their labs that they are working on and are about to release.   ... View more
Big-Bad-Brad
Sun
in Galaxy Note Phones

Probably because every other carrier that had issued CSAA initially now has released CSB3.  Which means that Samsung has passed onto the carriers CSB3.  I only hope that AT&T hasn't issued out CSB3 is because they are examining it closely and hopefully adding some features that were removed from One UI initially.  (I doubt that, but I have wistful thinking... ) When some one from the Support Phone lines says that there is no update available and that they have heard no problems about the build simply means that THAT person doesn't know about it and they THAT person doesn't know if there is an update.  EDIT:  Or that means they they are repeating what THEY have been told to say.  The only thing that we, the consumer can do is to wait and continue to pester them occassionally until they get it released.   ... View more
Big-Bad-Brad
Sun
in Galaxy Note Phones

Ok,  I've read this 3 times and I think I finally figured out what is needed. Try this... Push vol up button Media volume slider appears Look in the center of the window. See the tiny spot in the bottom middle of the tab?  Slide that down There are the remainder of the volume controls.  Is this what you're looking for?  ... View more
Big-Bad-Brad
Sun
in Galaxy Note Phones