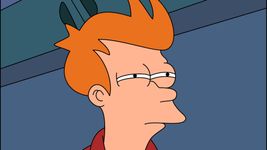 It's not a hardware problem, evidenced by the fact that the Camera App cache and data can be wiped and the camera behaves for a period of time until the app cache and data 'refill' and become buggy again. (It's probably just the cache. I'll test that out next time it misbehaves). It's simply poor cache management and/or a conflict of cache deposited by another app on the phone that accesses the camera (facebook, snapchat, etc).   This cache/data wipe is the same scenario as wiping/restoring the phone (the very long way to go about wiping the cache/data, or a brand new phone presented with empty cache/data).   It's a software bug/glitch that can be fixed. It just appears that it could be the fault of 1 or two out of  100 different apps that access the camera. I can understand why it would take a long time to suss that out, but it's still incredibly frustrating. ... View more
BWilliamsKY
Asteroid
in Note 9

2 Likes
So... Just got off a call with Samsung support.  Their "fix" was to force stop the camera app and then clear both the cache and data. This does fix the issue BUT it's a temporary fix. I told the technician on the phone that I've performed these steps before and that the resolution is only temporary.  His reply?  "yes, well, when you use the camera app and other apps that access the camera, you will have to wipe the cache and data from time to time to restore functionality".    That's not a fix, Samsung. That's a bandaid and I have to restore my camera preferences every time. ... View more
BWilliamsKY
Asteroid
in Note 9