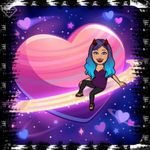 April I purchased Notebook 9 from Samsung. I received it & immediately noticed a big dent center of the bottom case. Not thrilled with the imperfection, I decided it was minor, nothing to fuss over. So, within hours of its delivery I documented the dent in photos.  late June-July, w/o warning Errors Severity became Critically dysfuctional, sporadic short burst occurrences widely timed apart. My first theory of cause was potentially windows update triggering erratic issues.  The entire display turns into a high contrast grayish hue of vertical lines for long periods of time. Then when the display viewability comes back there is a visible smokey whitish cloud that sort of frames the display screen edges, lingering for quite some time before it just disappears. ... View more
TechProDee
Constellation
in Computers