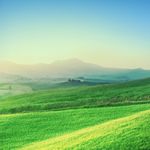 @RedDragon wrote: Stay tuned! Any updates on when we can expect either (a) Google RCS supported in Samsung Messages or (b) a Cricket RCS solution that's interoperable with Google RCS *and* supported by Samsung Messages on an unlocked S10? (Farfetched given I don't think Cricket offers RCS at all & AT&T proper doesn't appear to have interoperable RCS yet, but that's probably the endgame.) I just switched from a Cricket S7, with Android Messages installed to enable Google RCS, to an unlocked S10; I can now make & receive S10 calls on my Galaxy Tab S5e, but I can't manage texts on my S5e because Samsung Messages on my S10 doesn't support RCS. I guess I could switch back to Samsung Messages as all my texts are currently SMS/MMS, but I don't wanna abandon Google RCS before Cricket has interoperable RCS ready.   Edit: Just found a couple of interesting articles on Android Central from January & February about Samsung Messages currently supporting carrier RCS and possibly adding Google Duo in the near future. However, they suggest that Samsung is still waiting on carrier support for RCS even though Google has bypassed the carriers in the short term. ... View more
rbbrittain
Constellation
in Galaxy S10

1 Like
Being able to set priorities and differing sounds to notifications would make for an excellent addition to Samsung's watches. ... View more
Archimedes
Cosmic Ray
in Galaxy Watch

1 Like
thanks for the post! I have had simillar issues I had to fix for my headless chrome project here 0browser  ... View more
userwaY0TSgF0I
Asteroid
in Beta Feedback

Re: Why can't we use google messages with our watc...

There are two messaging apps to add to the confusion both with the exact same name! The Google messaging app is the in my opinion the better one except that it does not work (texts don't show on watch) with my Galaxy watches. This is terrible in my opinion and a reason to get another watch. ... View more
useral7edx3Qwj
Astronaut
in Gear and Gear Fit

1 Like
thanks for the post! I have had simillar issues I had to fix for my headless chrome project here 0browser  ... View more
userwaY0TSgF0I
Asteroid
in Beta Feedback

Re: Thanks, VerbumVeritum. Weeks ago I gave Good L...

1 Like
Great to hear! It's one of my favorites as well! 🙂 ... View more
VerbumVeritum
Samsung Care Ambassador
in Samsung Apps and Services

Re: Multi-screen??? Volume slider in horizontal ??

Check out Samsung's Good Lock app in the Galaxy Store if you don't like some of One UI's changes. It's a fantastic, first-party customization app with various plugins so you only need to download what you want to change. ... View more
Archimedes
Cosmic Ray
in Note 9