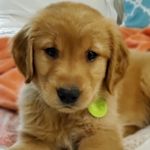 update: hubby just got his s21 ultra today. Went to camera right away, portrait mode features worked and showed correctly in the gallery. We checked his camera version, was 11.0.02.39. The phone did an update to version 11.0.02.44 and now has the same problem as mine (same version). Looks like it's a software issue. Samsung, please fix!! ... View more
AmyTro
Asteroid
in Galaxy S21

1 Like
I don't know if mine started after the 2/8/21 update or before as I didn't try out the feature with rear camera until just the other day. Hoping this issue gets raised up to fix. ... View more
AmyTro
Asteroid
in Galaxy S21

Thanks for sharing! Hoping this can be fixed without having to send my phone away. ... View more
AmyTro
Asteroid
in Galaxy S21

I have an issue with the rear facing camera in Portrait Mode. Viewfinder shows the various effects, but the saved picture doesn't show the effects.  Portrait Mode works in Selfie view, but not in rear-facing view. Contacted Samsung - we troubleshooted using all of their options and none worked.  Would love to hear if this is just my phone or if others are experiencing same issue. ... View more
AmyTro
Asteroid
in Galaxy S21

1 Like
Got my unlocked S21 Ultra direct from Samsung on 1/29.  Discovered today that the Portrait mode option using the rear camera not working properly.  When I attempt to take a picture in Portrait mode using any of the several effects (colorpoint, blur, etc.), I see the effect in the viewfinder, but after I snap the picture and look at the result, the picture does not show the effect, but a plain picture instead. This feature works when using the selfie camera, but not using the rear camera.  I viewed some of the other threads and saw others may have similar issues.  I tried some of the recommended remedies, no luck. I logged an error report, and chatted with Samsung tech support to troubleshoot, which were some of the same options described by folks here in the community.  These included checking for camera software updates, clearing camera cache, clear cache partition and do system reboot  - all with no luck. Tech support had no other ways to help fix and told me to contact my Samsung Care people, which I did - I'd have to get a refurbished phone and pay the deductible - which I'm not happy about since the phone is just 16 days old. Called Samsung again thinking I could return and get a new one - apparently I only have 14 days to return the phone. I'm told my only option is to have it sent for repair.   There are no authorized repair shops near me (Samsung checked), which means I'd have to send out my phone for a few weeks. Honestly, who can be without their phone for a few weeks?  My husband's new S21 Ultra comes in the mail on Tuesday and we'll find out if his camera works properly or not.  Really makes me upset that I may have to pay to get a refurbished phone when I just spent a boatload on a new phone that doesn't work properly. Anyone else having camera issues that can't be solved by Samsung troubleshooting? If so, what are your options?  Any advice on handling this? ... View more
AmyTro
Asteroid
in Galaxy S21