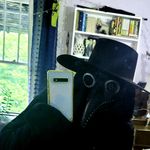 Re: Galaxy Buds case light remains on and won't ch...

I have the same issue. I've had the earbuds for around a year and a half+ and the issue just start occurring for me. The case also makes a popping noise when opening that it used to not make. EDIT: after around a week of "just dealing with it" with some avail I managed to fix the issue somehow. it's worked fine since them so just a note that it may not be as big of an issue as I originally perceived ... View more
HPollard
Astronaut
in Galaxy Buds