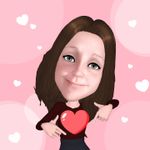 Re: Works great on my tmobile note 10+

1 Like
I not only get text messages delayed, sometimes I'll get multiple of the same message from the same person, sometimes a lot, like 6 of the exact same message. Sometimes when I try to send a text message it hangs, and restarting my phone is the only thing that fixes it and sends the message. I've also spent a lot of wasted time talking with T-Mobile about this, because most of the text messages I wasn't getting were from someone on my same plan! We've both since bought new phones, and although it's not as bad, it still happens.  I have theories but they would probably seem really paranoid.  ... View more
transamgrrl
Cosmic Ray
in Galaxy Note Phones