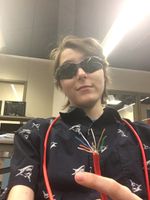 2 Likes
Is there a way to find out aside calling Samsung to confirm the S/N? The model number itself is listed as SM-R175NZWAMEA and that seems to be a middle eastern model despite purchasing them in the US. I can report it and most likely charge back if it turns out they're not real. Is the hardware region locked by chance even if they are legitimate and would that be why it wouldn't want to work with my US phone? UPDATE: Could've fooled most people probably just by looks and until you got to the don't work right part. Looks like a fake. Will be refunding and getting a real pair this time. Thankful for PayPal right now. Do not purchase anything that doesn't have a proper regional model number and be aware of those prior to purchase. The sticker used on this particular box was known for being duplicated and used for counterfeit goods and the serial numbers are not unique along with many other fakes able to be found offered for sale with identical stickers. This was basically the only outer indication on the box that would have screamed fake and it's not the most obvious. Be careful folks. Authorized resellers or Samsung direct are the only guaranteed way to not get a counterfeit from some scum apparently. End Result: My refund from this incident is currently processing and I've repurchased at Best Buy online as to get the real thing. I'm still super excited for these. I believe in karma and I hope these people who do this kind of stuff get it in bulk. ... View more
Leify
Astronaut
in Galaxy Buds

1 Like
I need it back too. You can't see trends now. It's also hidden and the measurement takes far longer. Bad move. ... View more
Leify
Astronaut
in Samsung Apps and Services