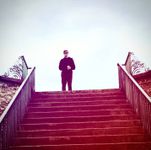 8 Likes
When closing an app such as YouTube, Twitch, Amazon Prime Video, and other visual media apps that support Picture-in-picture (PiP), Instead of putting the media into a small picture overlay, there is a small continuous open-and-close animation repeating, which doesn't display the video, but audio continues. To accompany that, it also stops most other things, such as touch controls (using the touch screen) from working properly. The only way to stop this is to go into the app and pause the video if possible. I like using PiP, but at this rate I'll have to disable it.  ... View more
ethex_official
Cosmic Ray
in Note20

Re: unable to transfer any files via usb

1 Like
When you plug your device into another machine there is a pop-up menu that asks what type of connection you'd like to proceed with. If you marked as just charging and marked to not show again, this may be your issue. ... View more
ethex_official
Cosmic Ray
in Galaxy S Phones

Re: What is this

You can ask questions for other users to help answer, whether it's an issue with your Samsung device(s) or questions regarding future release dates, updates, and more. The Samsung Community is here to help! ... View more
ethex_official
Cosmic Ray
in Galaxy S Phones