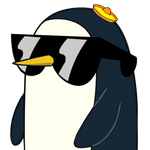 1 Like
Okay I solved the problem a week ago but forgot to lock the thread but what I really meant was that my phone wouldn't do anything as in, boot into safe mode or recovery mode. (Even when holding the power button combinations for more than a minute) but after struggling it suddenly worked and I factory reset my phone.   Thanks for the suggestion! And i'll check out that website in the future. ... View more
Silbee
Constellation
in Galaxy S Phones

1 Like
Yesterday my phone randomly decided to power off and reboot a couple of times so I decided that it's a good idea to just turn it off for a while and charge it. Today I decided to turn it on again and it would boot up with 100% battery life and after a moment it went into a boot loop for a while, after that was finished my phone wouldn't turn on again or show a charging screen while charging while being powered off. I've tried a lot so far, holding the power button, home button and volume up/down buttons.   Anyone knows what I should do or knows whats going on? ... View more
Silbee
Constellation
in Galaxy S Phones