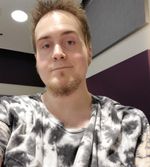 ok just like I thought, initially I thought it was saying the battery already needed to be replaced but when it disappeared after plugging it in I guessed that but wanted to ask the community to be sure. thanks! ... View more
Robert_Lorenzen
Asteroid
in Note10

whats the icon to the left of wifi?   Can anyone tell me what the icon to the left of the wifi icon is in the photo I posted (its from a note 10+ after the newest update)? I have never seen it before updating last night and it goes away when I plug in the phone for awhile even if I only plug it in briefly it won't appear for "awhile" I can't be more specific at this time. It looks like the usual battery but full and with a recycle ♻️ symbol on it or thats what it looks like to me. Is it some sort of power saving mode? ... View more
Robert_Lorenzen
Asteroid
in Note10

Re: New Network Logo That Is Not Listed On The Sam...

ok, so you're saying that they installed something in the basement of the library (where I work) where last year there was zero phone reception down there but it worked with wifi calling. So they must have installed some kind of mobile network expander like a wifi repeater but for mobile networks, so people could get a real cell signal down in the basement (Lots of people work down there with me)?    If that's what you are saying that is pretty cool but why is it not on the icon list for Samsung devices? ... View more
Robert_Lorenzen
Asteroid
in Note10

Re: false advertising for premium care

Crazy but I am not that surprised, this happened to me with my moms Note 10, she pre-ordered it and was told that she had Care+ on it and then after a couple of months we got a letter stating that we only paid for 1 month and did not pay for the next month within 30 days so we are now kicked off the plan. This was their fault, it was set up over the phone to be billed monthly but for some reason how they set it up was a 1 time only charge, but seeing the charge we assumed everything was fine until the letter arrived. I spent 4 months trying to get Samsung to let me "back on" to their service for my 80-year-old mother but no, no exceptions, they claim they have no control over the service. If you miss your window (even if that window isn't as advertised) they are going to tell you they can do NOTHING about it beyond canceling a current account. It's very stupid and I have noticed many companies doing very similar things concerning warranties and extended warranties. Apple Care is also pretty bad, I sold it for several years and if you make the same mistake that happened to my mother then you would also be denied insurance. I know its not a 1-1 example here but I am not surprised. Getting my Note 10+ and her Note 10 on pre-order was super stressful and in the end, I ended up having to buy mine from BestBuy because Samsung messed up the pre-order so badly that I went somewhere that I almost never go to buy electronics but at least they had the phone and I eventually got Samsung to honor the 'coupons' that were offered to people who pre-ordered the phones. Took about 4 months of calling and emailing them but they eventually gave it to me. It just depends on how much you care about it. If I was in your shoes and they wouldn't let me register for Care+ within the first 30 days I would just return the phone and buy it from another retailer like BestBuy that offers their own insurance. I forgot to get insurance on the Note 10+ I got because I was just so happy to get it that day but I came back the next day and they easily signed me up for their insurance which is just as good as Care+ and can be extended for up to 4 years for full coverage.     NOTE: On most things I hate BestBuy, I wouldn't recommend buying a TV, desktop, laptop, or really anything from them but when it comes to phones they are a solid option I found last year, but that only applies if you are less than 14 or 15 days into ownership, I think there is only a 14-15 day return window for products directly from Samsung. ... View more
Robert_Lorenzen
Asteroid
in Note20

New Network Logo That Is Not Listed On The Samsung...

1 Like
I just noticed this new logo in above the network bars on my Note 10+ (non 5G compatible) when I am on campus now. I don't get this at home where I have 802.11ac WiFi, there are buildings in school that have 802.11ax routers but that would show up as a '6' next to the wifi logo. So what does the little box above the network bar mean? Wifi calling? I tried to look at your list of icons and this icon does not show up. I am just curious.   Thanks ... View more
Robert_Lorenzen
Asteroid
in Note10