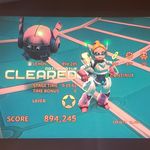 @WillPetrythank you so very, very much for offering that solution, I truly appreciate it! I am, however; going to make Nissan accountable for their mistake and let them properly solve this issue. Unbeknownst to me when I purchased my vehicle, the Galaxy Note 10 Plus is NOT on Nissan's phone compatibility list. If this prior knowledge was shared with me, I would have made adjustments BEFORE buying my car. Since they did not prepare appropriately, they are going to do the work to resolve this. ... View more
user3MSmQw6msL
Asteroid
in Note10

@Charkatak I have connected via both methods and they both result in a crashing of the Nissan Connect system, making me phone in operable in the vehicle. ... View more
user3MSmQw6msL
Asteroid
in Note10

2 Likes
@Sean0097 Yes, I have tried that. It does not work. Thanks for the suggestion though 👍 ... View more
user3MSmQw6msL
Asteroid
in Note10

8 Likes
I bought a Galaxy Note 10 Plus sometime during the last week in September. The following week I purchased a 2019 Nissan. As I was driving off of the lot, the radio crashed and kept crashing. I found out from Nissan that this expensive phone is NOT compatible with the car. Unfortunately, I found this out after my vehicle purchase. After some investigating, it turns out that this phone works in NO Nissans 2019 or newer despite the fact that it works with a 2015 Nissan. The reason for this is that the 2015 does have Android Auto so, it is strictly a bluetooth connection between the phone and the car, whereas; 2019s or newer have Android Auto/ Apple Play. The software in the newer cars is not compatible with the phone. For as much as this phone costs, that's absolutely ridiculous and unacceptable! After doing some cursory research, I realized that Galaxy Note 10 Plus owners with different vehicles, such as Cadillacs etc, were also experiencing this issue. I spoke with tech experts from both Nissan Connect and Samsung to no avail. They both suggest simple troubleshooting options such as resetting the car radio and the phone's bluetooth, along with other superficial tasks. These do not work. SAMSUNG, YOU NEED TO CREATE A SOFTWARE PATCH THAT ALLEVIATES THIS ISSUE, IMMEDIATELY! This phone is too expensive to behave in such a manner. It just came out in August! To have such a huge problem overlooked is unacceptable and makes the company look ridiculous. Please fix this issue or stop selling this $1100 phone until you fix it and refund all current users who now cannot use one of the most used features on this phone. ... View more
user3MSmQw6msL
Asteroid
in Note10