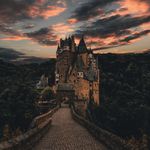 1 Like
They were helpful in the beginning, but then stopped checking in. It's not like it matters though.    The only real advice you'll get for support from mods, or samsung reps themselves is to check the cables, reset the unit, or exchange it.    I kept being told it must be defective. Other soundbars work fine with the TV so there's something specifically wrong with the HDMI 3 handshake between the Samsung bar/TV.    At any rate, for $1000, it's a total joke of a product/support experience.        ... View more
KrAuSh
Cosmic Ray
in Home Theater

1 Like
@userrGTOyr0BpQ @userSVLd88xhoC The issue was never fixed. I eventually just returned the second unit and went with a different brand. There is something wrong with these Samsung soundbars. Like really wrong with them. I've seen a lot of people now saying they are experiencing the same issue. The technician had no idea either. He, and his supervisor recommended I return the second unit, and try a third one. No thanks. I don't know whether it's on the software side or what, but I would definitely not recommend buying one of these. I went through two units, and they both exhibited the exact same behavior. I have not had a single issue since getting a different brand. It's sad, because the soundbar had great sound, and I loved having the HDMI pass through inputs. But they're defective.  ... View more
KrAuSh
Cosmic Ray
in Home Theater

DO NOT buy Samsung HW-Q80R Soundbars if you have a...

1 Like
Buyer beware,   A few months ago, I purchased a HW-Q80R Soundbar to pair with my Q90R QLED TV. Seeing how the soundbar was advertised as being optimized for Samsung TVs, and is made by Samsung, I assumed it would be the simplest process ever.    Wrong. There is something wrong with these soundbars. I don't know if it's a software defect or what, but they repeatedly drop as an available audio device when connected via HDMI ARC. Also, the audio occasionally pops from time to time. Once it disappears as an available audio device via HDMI, the only way I could get it to come back was to unplug the unit for 60 seconds, plug it back in, and then factory reset the soundbar. This had to be done EVERY single time I powered on the television to watch something.    I contacted Samsung, and multiple times received incorrect troubleshooting instructions. They would tell me how to reset the soundbar using buttons that don't even exist on the included remote. Without getting too lost in the details, I eventually had to exchange it for a replacement. I was told the first unit must be defective. The replacement came, and exhibited the same issue. I had a Samsung technician come to my house to try and see if there was an issue with my television. He could not figure out the problem.    I eventually had to return the replacement unit out of frustration, and buy another brand of Soundbar. The OTHER brand worked perfectly out of the box, is always recognized as an audio ouput, and never drops the sound. Just so I'm not accused of being a shill I won't even name the other brand.    I have seen numerous other people post about this issue. If Samsung is aware of it (they have to be), they don't seem to be in any rush to address it. For a $1,000 piece of audio equipment this is unacceptable. The only soundbar I cannot get to work with a Samsung TV, is made by Samsung.    I'm warning you that you're taking a gamble purchasing one of these.  ... View more
KrAuSh
Cosmic Ray
in Home Theater

1 Like
@alake001  @SamsungCaleb  @SamsungCole  @SamsungLou    I was eventually told that the soundbar must be defective so I exchanged it for a new one. The new one worked perfectly at first. I connected to the Smartthings app, and the tv right away. Then the next day when I turned on the tv it's the same thing. The TV remote, which is supposed to control the soundbar as well, only turns the TV on. When I then have to turn the soundbar on separately with it's remote, I know I'm in trouble. It's like the TV is literally forgetting that it's connected via HDMI 3 ARC. It will even show up as a sound ouput option in the menu when the tv is first turned back on, but when you go to click on Q80R HDMI, it will disappear as an option. The tv will then revert to tv speakers, and the Q80R will only show up as available via WIFI until you unplug it and plug it back in.   I now know two things.    1. There's no way I got two defective soundbars in a row, so it's not the soundbar itself.    2. I'd say it's the Oneconnect box, but my yamaha soundbar connects to the tv via HDMI 3 ARC with no issues whatsoever. So it doesn't make sense that it would be the Oneconnect box. The TV shows my blu ray player which is connected via the HDMI 2 passthrough on the soundbar. So the handshake is working on that INPUT with no issue. This problem is unique to the HDMI 3 ARC INPUT handshake between a Q80R Soundbar, and in my case a Q90R QLED.   Now here comes my rant.    My only explanation is that there is some software issue/bug. I'm not sure if Samsung knows about this issue and is working on a future firmware patch or what. Can someone please confirm if this is a possibility, or if this is a known bug? That would go a long way towards making me feel like sticking with this product.   I reached out to Samsung and the woman helping me told me a technician would come to the house to look at it. A few minutes went by as she told me she was scheduling the technician visit. She then printed me a shipping label and told me to mail it in. When I told her she just told me the technician would come to my house she replied that for this particular item it's a mail in service. This would be a total waste of time as I suspect the soundbar by itself would present no issue.    In both conversations I've had on the phone, or through chat with a Samsung representative, it's as if no one is even listening to what I'm saying. I describe the issue in detail, and then they say something like "ok, now let's make sure the HDMI connections are correct." Everything appears to just be read off of a script that contains 5 basic things to suggest a customer try. I've checked the connections, I've reset the tv, I've reset the soundbar. I've used different hdmi cables, I've tried a different soundbar (which works fine). There are no further troubleshooting steps.    On the forums I definitely respect that the moderators are trying to help, but overall this has been one of the most frustrating product purchases I've ever made. The soundbar is $1,000, so I expect that it would just work, especially considering it says it's OPTIMZED FOR SAMSUNG QLED TV's. The level of irony that my Yamaha works fine, but my Samsung doesn't is overwhelming. I'm debating whether to sit it out and hope for a firmware patch because when it works I love it. At this point though I'm debating just returning it and going with a different brand.      ... View more
KrAuSh
Cosmic Ray
in Home Theater

1 Like
@SamsungCole    The tech on the chat suggested I hold the volume + and - buttons down on the unit itself for 10 seconds to attempt the reset.    Should I try this before doing the service request?   Thanks! ... View more
KrAuSh
Cosmic Ray
in Home Theater

1 Like
@SamsungCole I powered the soundbar off per Lou's instructions and hold the play/pause button down but the unit never says init ok.  is there another step I'm missing? ... View more
KrAuSh
Cosmic Ray
in Home Theater

1 Like
@SamsungCole @SamsungGill @SamsungLou    Hey all, a few updates. I was able to connect the soundbar to the smartthings app by setting up a new samsung login with a different email address. For whatever reason I could not get it to conenct to the smartthings app via this login.   I thought this had fixed the problem. I was watching tv with no problems for almost the whole day. However, the same thing continues to happen at a certain point. When adjusting the volume up or down, the tv stops recognizing the soundbar in the ARC HDMI 3 port.   At this point the tv reverts to using tv speakers. It will then only show the soundbar as available via the WIFI connection.   The soundbar still shows up on the smartthings app as connected to the HDMI 3 ARC connection. The TV shows the HDMI 3 port as soundbar on the source list, but the tv will not show it as an available sound connection in this input. It only shows it as available via WIFI. I then have to unplug the soundbar for 60 seconds and plug it back in. Then it will work fine, until a random point where I will have to repeat this step again.   The firmware for both the Q90R tv and the soundbar are up to date. I will attempt the factory reset tonight on the soundbar tonight now that I know it's the play/pause button. ... View more
KrAuSh
Cosmic Ray
in Home Theater

@SamsungLou    Hey Lou,   There is no stop button on the provided remote with the Q80R Soundbar. I continue to get to the point of pairing it with my smartthings app where it says to push the volume down button and then it fails.  ... View more
KrAuSh
Cosmic Ray
in Home Theater

1 Like
@SamsungGill    Hey Gill,   so the soundbar does show up on the smartthings app when I go to connect however it always fails at the point that it asks me to hit the volume down button on either frequency 2.4 or 5ghz.  is there a way to factory reset the bar and then I'll reset my router? ... View more
KrAuSh
Cosmic Ray
in Home Theater

1 Like
@SamsungGill Hey Gill I'm actually on vacation right now so I'll try that first thing Tuesday night when I get back. Didn't want you to think the thread had gone dormant. Thank you! ... View more
KrAuSh
Cosmic Ray
in Home Theater

@SamsungGill  The soundbar does connect to the tv via the WiFi setting but will not connect via the HDMI arc unless I do a 60 second unplug. I tried connecting the soundbar to the smartthings app to update the firmware but the connection fails every time I try to connect it.  ... View more
KrAuSh
Cosmic Ray
in Home Theater

4 Likes
I just purchased the Q80R soundbar to pair with my Q90R QLED. The TV initially would not recognize the soundbar at all in the HDMI 3 ARC input which is where I want to use it. I unplugged the soundbar for 60 seconds and plugged it back in. Then it worked. However once I'm done watching something and turn the tv off, when I go to turn the tv back on later it's gone again. It will then only show the soundbar as available via the WiFi connection. The only way to get the TV to recognize it again when plugged into HDMI 3 ARC is to unplug it for 60 seconds again. I tried to connect the soundbar to my smartthings app to see if updating the firmware made a difference but it won't connect to the app. I really don't want to return this. I love the sound when it's working. Does anyone else have this issue, or know how I can resolve it?   ... View more
KrAuSh
Cosmic Ray
in Home Theater