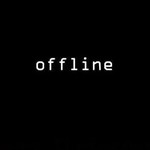 Lol it seems illogical but if you look at the way samsung has been going. The note line used to be the swiss army knife of phones. It had so many features that it stand out in the Android sea, features that made me over look all of Samsung's **bleep** like touchwiz that I stuck through because they were lots of other cool things. But over the yrs they have stripped away every feature that was an advantage over other brands. The sd was one of those things that was a must for me. i really hate these online cloud storage that can get hacked, companies can shut them down, change terms. The point is now Iphone is who Samsung is going for with these new glorified iphones sith s22 branding. At least Apple offers its own inhouse cloud storage (icloud) unlike samsung who started with DropBox, then dropped that for samsung cloud, then stripped that down to the basics (can only backup a few things like messages/contacts etc. but not PICTURES OF VIDEOS). Now they push you towards One drive or Google drive. Apple has a better eco system and better optimization on IOS than samsung. So without Mst , SD CARD NO CHARGER seems logical to get Iphone after my note 20U is done before samsung goes full apple.  I never hoped to go to apple, I have had been using samsung galaxy devices since the S3 , Then note edge and have gotten every note since then including the explosive note 7 that i still have today.  ... View more
Godlessorigins1
Halo
in Note20

1 Like
I have the Note 20U for almost 2yrs. love this phone. Its my last Samsung device since they dropped the SD support I will be getting an iphone next. Anyways about the 120HZ and WQHD you can use this small mode I've been using and it works flawlessly. My note's does from as low as 48HZ to 120MZ at cqwhd which is wqhd . You can try it free       https://forum.xda-developers.com/t/app-galaxy-max-hz-refresh-rate-mods-screen-off-mods-and-more.4324855/  Or   https://github.com/tribalfs/GalaxyM axHzPub                   ... View more
Godlessorigins1
Halo
in Note20

I started shopping around Apple lately since Samsung has been slowly coping Apple. The removal of the SD card was the last straw. The one good thing I still appreciated about Samsung left after the removal of MSt , chargers a few other things, and now the SD. It's like a glorified iPhone without the power and the better optimization , better battery and great ecosystem  ... View more
Godlessorigins1
Halo
in Note20

Hmm my note 20 ultra screen suddenly had a black spot appear and started spreading gradually over 3months. I looked around for the screen, found a bunch of screens for sale online but weren't the original OEM ones. Eventually I found a company in Florida. They sale the original Samsung OEM .. part number GH82-23597D / GH82-23596D they are all for the European and Asian markets. I bought it for my snapdragon variant Note 20U. I installed it and it worked but had to tear it apart again and use my old front facing camera did not work with the non snapdragon, so I replaced the camera. After that everything works flawlessly.  Anyways here is the link to the place to order your screen....  https://mpdmobileparts.com/search?type=product&q=NOT+tag%3A__gift+AND+samsung+note+20+ultra*   ... View more
Godlessorigins1
Halo
in Galaxy Note Phones

I always have used 2 numbers, a Canadian number and my US number. I've switched sims between my phone and my watch during beta all the time. Since my first beta test which was for the Note9. It has never affected the builds, as when ever there was a new build i would simply put my us number and get the update and vice versa. It only mattered that my phone was unlocked and was a US csc and my location is here in the US at the time of the OTA. ... View more
Godlessorigins1
Halo
in Discussions

Just flash it to an unlocked N986U1....(XAA) Firmware then do the Samsung members thing. Or you could just use a captured image of the OTA but it's unlocked and some carrier apps/bloatware will be gone 😉 . Lastly you can just wait a few weeks there's not that much changes , for me that novelty wore out after 24hrs with the update 😀 . Heads up if you have an exynos model you can't flash it with a snapdragon Firmware. Also if you have a carrier locked phone (or locked bootloader) it won't work either. Good luck ... View more
Godlessorigins1
Halo
in Discussions

Got it yesterday . ... View more
Godlessorigins1
Halo
in Discussions

I think the note 10 beta program last yr started in December. So i feel this yr Samsung was faster with the beta . The note 9 was around December too if im not mistaken. ... View more
Godlessorigins1
Halo
in Questions

Samsung Note 20/ultra now getting One ui 4.0 beta . Guess we might get it soon here .  ... View more
Godlessorigins1
Halo
in Discussions

Had mine since the second week it was realised, took out the scrern protector it came with , been using it like that ever since and i have no scratches at the front , but the back thats always in the case ive seen some wear and . I think its the contact of the case and the back of the phone . Anyways t put a bit of tissue and it hasn't increased since . ... View more
Godlessorigins1
Halo
in Galaxy Note Phones

Tired of wsiting , i got the notification on the first day, but still nothing happens when i click on register. Ive cleared the cache of the app. Cleared the phones cache , installed and reinstalled the members up but still wont go beyond register. Some be a hero and extract the software and share it online or if anyone knows any site that has put up the files for download, point us to them . ... View more
Godlessorigins1
Halo
in Galaxy Note Phones