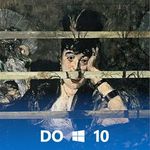 1 Like
@userFEYNQlkmw4 wrote: Buyer beware theres false information on the RTINGS pages … I was one of the victims, bought 65Q90R 11 days ago after I saw RTINGS Q90R G-SYNC   article...   I think company pay RTINGS for fake review because not having g-sync will really hurt them in comparison to LG. Thanks for info! UPD: information corrected ... View more
NotErix
Cosmic Ray
in Qled and Frame

4 Likes
I join the requests. There is a NU8000 TV, which also supports VRR just like other models of 2018, just like the models of 2019! But for some reason, they still have not received the update. I bought this TV also because it was originally promoted as a TV that is capable of working with HDMI Forum VRR, so I am waiting for the firmware update along with other users of the Samsung TV lineup from 2018! – Google translation from Russian ... View more
NotErix
Cosmic Ray
in Qled and Frame