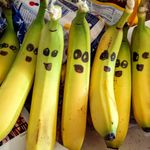 I wanted to report some positive news!  If you're a fan of Fortnite, you know that the new season launched today.  My Fortnite came from the Samsung Galaxy Store, so I went there to 'make sure' it was updating to the new season.  The game had been in maintainance mode for a while, so I was just bored, which is why I went to the Store.  Anyway, while there, I saw I had one app that needed updating - I believe it was called the "Wifi utility".  It only took a few seconds to update.  Then early this morning Fortnite was ready to start playing.  Since this morning, the tablet has been in use game after game for hours and there has been NO PROBLEMS!   I cannot say if it was fixed from Fortnite's end or from updating the Samsung Wifi utility app from the Galaxy Store, but it is wonderful!  Not only has the game not crashed, but it can be played on 30fps, high graphics, full 3D rendering, without any stuttering or drops.  I have also been able to have a friend from the PS4 join me in my lobby and we could play together without any drops or crashes.   After I posted my original post, before today's updates, I also tried to tweak the Samsung Game Launcher settings to see if that made any difference.  I ended up going into Advanced under Settings and turning it off.  It did not make a difference how I tweaked the settings between the Game Launcher and Fortnite - the game still crashed almost every time.  So, now that the game seems stable, I don't want to mess with anything to change it, but the Game Launcher is currently off if that means anything to anyone.   I heard that Fortnite tweeted today that they are working on the issue with some Android users having crashes.  I am writing all this to report my success with either something they did with the new game update or the success with the Samsung wifi utility update.  I hope that it doesn't get "fixed" and I end up having problems again.  It is so nice just to play Fortnite the way it is supposed to be played!     ... View more
usereQwoHs7x6e
Asteroid
in Tablets

@RicTech  thanks for your thoughts.  If there was a graphics update available that might help.  As of yet, no update for this tablet.  I can't even finish the battle pass because I get kicked from almost every game and I always get kicked if I join a lobby with someone.  It didn't used to be this way.  The problems started around the same time that Epic introduced Battle Breakers with the Android launcher. ... View more
usereQwoHs7x6e
Asteroid
in Tablets

I cannot play Fortnite on the Tab S4 without the app suddenly stopping and going to the tablet home screen.  Like many others have posted, there is no error message.  I have "submitted feedback" under "other" multiple times as suggested by Epic.  I have force stopped the app.  Cleared the cache.  Uninstalled the game.  Rebooted the tablet.  Reinstalled the game.  Checked for all tablet updates.  And nothing fixes the problem.  I have done all these things many times hoping to get something to work.  I have even booted into safe mode to delete all the cache on the tablet, uninstalled almost every other app.  Reduced the FPS to 20 and set graphics to low, and 3D graphics to less than 50.  I have replaced my modem and my router to new, high end devices.  Seriously, what else can I do?  This is an impressively expensive tablet that should be able to handle Fortnite.  It 'used' to be able to and for the past year and a half it crashes.  It seems like there must be something on Samsung's end that they can do with the graphics driver to fix this. ... View more
usereQwoHs7x6e
Asteroid
in Tablets