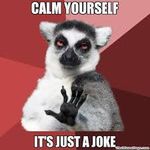 Well, it lasted two days.  Started randomly powering off, though that seemed to stop.  Then when on charger, would get "Cannot charge. Battery needs to warm up."  along with a ! inside a triangle.  I give up. Goodby Samsung. ... View more
CoBeachbum
Constellation
in Gear and Gear Fit

Well, it worked great for another 4 months, after which it wouldn't turn on nor would it charge again. Samsung claims it is no longer under warranty. After several calls/emails/sending in proof of purchase, they finally update warranty date, and I send it in again. Samsung claims it has water damage. Never mind it doesn't have a scratch on it, Samsung claims it is water resistant up to 50 meters and it has never been in more than a meter of water (Swimming pool). They want $140 to fix it. I paid $140 for it new. Told them to send it back un-repaired. Here's where it gets interesting. When I got it back, I tried to power it on just for giggles. It came right on. It initially wouldn't read pulse, but a force stop/power off/power on fixed that. I think what really happened is first repair didn't connect new battery properly and it came disconnected. Second time sent in, when the tech put it all back together, the battery was reconnected properly and now works. Why they tried to claim water damage and wanted to replace lcd screen and the battery again, I don't know.  I guessing it'll last another 4 months ;) ... View more
CoBeachbum
Constellation
in Gear and Gear Fit

Mine started doing this last week.  Sent it in under warranty and they replaced the battery pack.  Just got it back today, so I won't know if problem is truly fixed for a few days. ... View more
CoBeachbum
Constellation
in Gear and Gear Fit