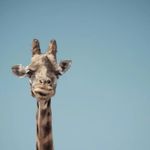 Online via samsung official web-site. I have just checked several other galaxy book pro laptops in physical store. 2 15" pro laptops had similar issues, but not that terrible. 2 13" pro laptops had pretty much clear display. All 13" and 15" pro 360 laptops I checked had perfect displays. In the end I bought 360 version and going to send back "defective" one. ... View more
Belabour
Astronaut
in Computers

I have just received brand new Galaxy Book Pro. And looks like there is an issue with the display.  When the display turned off or there is a black colored picture, you can see those bluish spots all over the display. Is it kind of normal or should I go to nearby samsung asking to replace the laptop?  P.S. laptop itself works perfect.    ... View more
Belabour
Astronaut
in Computers