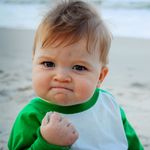 Hey there everyone! Few weeks ago I purchased a second hand DA99-01457B side by side refrigerator, upon inspection it seemed to work fine, but has had quite a few problems ever since I put it in my kitchen. I'll list them below and will continue with things I’ve done so far   -Shortly after turning on it shows error code 12 (Condenser fan error) -Comparing to known good thermometer, temperatures displayed by fridge are colder (freezer set to -20, -10 actual, fridge +3, +10 actual) -Condenser fan housing damaged, but temp fixed and fan is spinning freely -Refrigerator won't update temperatures after a while and will get warm until I restart it, when it displays close to actual temps and starts working   So when I first turned it on, fridge side was working but freezer wasn’t, it beeped periodically and displayed error code 12 (or 10, cant remember). Could’ve been door sensor not connected properly, as this was just one time only. I removed the evaporator covers from both freezer and fridge , reconnected sensors. I did not see any visible damage on radiators or pipes, but drain below radiator in fridge part had quite a bit of corrosion. After then I put everything back together and noticed that condenser fan housing was damaged, I assume it broke during transporation, as it drove +300km. I managed to put it back in place with zipties, I could spin the fan freely with finger. I turned the refrigerator on and after resetting error code it was working normally. I could hear both evaporator fans working and condenser fan was working as well. But ever since it has had problems I described above. Also, when it "hangs" I can no longer hear evaporator fans working. Today I removed evaporator cover from freezer and did not see any ice build-up on radiator. Previous owner has replaced one evaporator fan and deleted water tank, and panel on back that hides condenser. I also would like to know how water and ice dispenser systems work but first got to fix major things   Any ideas what could be the fault and what should I do next. If it's the motherboard, can I replace i with similar models board or does it have to be from this specific model? Sorry for English errors I don’t usually write in home appliance forums :)   ... View more
navKristapa
Constellation
in Kitchen and Family Hub