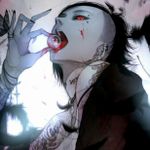 1 Like
I bought this phone used. It was factory reset and everything. I can not register this device here. It says the IMEI is already registered. So, because the previous owner registered this phone here, I am not able to access any help features? Can I re-register this device somehow? That would be cool... ... View more
マダーさん
Astronaut
in Galaxy S8

I am so sorry to hear this... This sounds scary. I felt like I was reading a supernatural science fiction short horror story! I know that type of thing in the long, messes with your head to the point where you question your own sanity. While I have never had a phone do it to this degree, my laptop does. For example, I am not a Skype user at all. I actually tried to uninstall Skype when I first bought my laptop. It was preinstalled and I do not have the skill to root a HP, Notebook or even know if it is possible to. Long story short, my laptop started lagging and crashing really bad one day... I went through the task manager to see what processes were causing my device to hang and lag so badly. I was so shocked to find that the Xbox and Skype apps had MORE time ligged in on my laptop, than I had ever even used it. It was like thousands and thousands of ridiculous amount of hours... I use my laptop mainly for work. So I spend maybe 5 hrs a day logged in to Word. I have an Anime app downloaded so I can watch an hour tops of my fav shows... That is about it. No reason for it to be crashing like it does. I have a vpn, I have the "Defender" which hasnt "Defended" a thing! I ended up trying and even buying other antimalware, detection tools, antivirus software... Nothing helps. I ended up disconnecting a bunch of those items on the long list of apps cluttering my CPU space... Probably some important stuff that WASN'T supposes to be blocked and manually shut down, simply beecause the name sounded suspicious at the time. Anything with the word "listener" for example... gone. It's sad I feel paranoid and very helpless. I wish I could just delete the apps off of my laptop... But they would probably just put it back anyways... Anyhow best of luck to you. I hope you find a solution someday. ... View more
マダーさん
Astronaut
in Note10