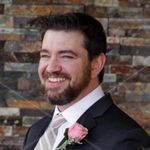 Not nearly as good as the S21 Ultra. Both are also getting outdated badly. ... View more
CronosAZ
Astronaut
in Galaxy S21

3 Likes
I so want to love this phone, but I can't.  I did a try before you buy program and something is missing, that other than the camera and the fact that it's an Android, is a deal breaker. Samsung removed the expandable storage option!  What were they thinking? Is Samsung literally trying to become iPhone?  Note to Samsung. You have your loyal followers because you're not Apple, so please stop trying to be like them.  Pros from my 2 week trial: Camera(s), freaking amazing (as usual by Samsung, minus the S7 & S9 cameras that were so so). Fastest processor, even faster than most computers. Very nice design. Massive ability to get nearly whatever you want in either the Google PlayStore, Samsung store, or even the Amazon app store. Overall, after trying the S21 Ultra, I love it, but cannot buy it did to the fact that it's missing the MicroSD option. Basically making it an iPhone.  I love you Samsung, but if that SD slot doesn't come back on the S22, then I'm gonna have to go "Peace Out", and either head on over to iPhone or go back to the 1st smart phone I ever owned, LG ... View more
CronosAZ
Astronaut
in Galaxy S21

Re: Unwanted popups from "Find my Mobile" keep com...

1 Like
You can't. Samsung is trying too much to be line iPhone now. It's ridiculous ... View more
CronosAZ
Astronaut
in Galaxy S Phones

Re: Unwanted popups from "Find my Mobile" keep com...

2 Likes
None of this works. Samsung really needs to stop trying to be like iPhone & go back to being what they used to be, a company that allowed the user to have full control of their device. I'm tired of the bloatware & forced notifications you can't turn off. I'm in the Galaxy S10 BTW & am having the same problems. There's no option to remove the Samsung account, no option to turn off the forced notification, no option from their tech support to fix this annoying freaking issue. I'm about done with Samsung.  ... View more
CronosAZ
Astronaut
in Galaxy S Phones