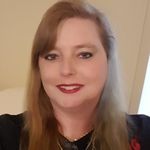 Re: Re: Internet dropping

1 Like
Thanks for the thought. I've been that route too. I could write a novel on all I've been through. ... View more
Jules1974
Astronaut
in Galaxy S20

1 Like
Been through 2 s20 5g phones. Both same issue. Samsung is aware of issues but lied.  Now one,  only one,  rep admitted it. They won't make it right.  Told me I had to send them my phone so their tech could confirm it doesn't connect.  WHATEVER. I told them I couldn't be without a phone as I'm disabled and needed access.  After being told they would not send a loner I was told that my carrier would, ANOTHER LIE.  Then I told them I had no problem sending my phone in but need an interim phone.  I was actually told to borrow one from someone.  They won't send me one.  They won't make it right.  They can't fix it.  For what I paid for this phone I guess I will need an attorney.  I didn't damage this phone.  They know about an issue within the phone. They can't fix it but refuse to do anything to rectify their faulty phone.  Oh,  I was told I could get trade in value for my phone and buy another.  Are you kidding me!! ... View more
Jules1974
Astronaut
in Galaxy S20