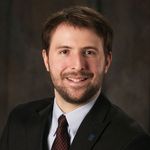 1 Like
I concur with the previous sentiments. Contacting Samsung simply results in them sending a technician to replace a main board with another identical main board, not going to fix the problem. The support representative says that is their only recourse. This is not acceptable. As others have said, I have been a Samsung evangelist for years and purchased Samsung exclusively for my corporate job. Not anymore, I will be looking to alternative brands that stand behind their product with better support. ... View more
RyanBlakeIT
Asteroid
in Qled and Frame

10 Likes
So the best way to troubleshoot this type of issue would be to do a packet capture.  Based on my quick research, it appears that the CAX80 is capable of doing this.  If you go to the Web UI of your router (usually something like http://192.168.1.1) and add /debug.htm to the end, you should see an option to enable the packet capturing.  Please enable that feature and reproduce the issue (try and do this quickly and, ideally, without other devices active as to limit the size of the packet capture) then stop the capture, download the .pcap file, zip it up, and send it over via private message.  I will take a look and see if I notice anything odd. Another thing you could try would be to put the TV in the DMZ of the CAX80.  See page 40 of this guide. Alternatively, while not what you want to hear after shelling out hundreds of dollars on the Nighthawk CAX80, I would strongly suggest buying a modem separate from a router.  While it may be tempting to get an all-in-one, it's one of those situations where it may do multiple things but it doesn't do either very well.  You are also at the mercy of the ISP to push firmware updates that are compatible with their network.  With the two separate devices, there are several benefits.  You have purpose-built equipment that does one thing and does it rather well.  Plus, if one of the functions fail, you aren't throwing out the entire system, you are just replacing that one piece.  I personally have a separate modem (Surfboard 8200) and router, which works very well. ... View more
RyanBlakeIT
Asteroid
in Qled and Frame

Agreed, it very much seems to be a firmware issue.  They offered to send a technician out for my TV as well but that would be a waste as it's not a hardware issue (as you mentioned).   Hopefully Samsung can reply to everyone and give us an update on the status of what they are doing to correct this issue.  Paying thousands of dollars for a TV that has sound issues brand new certainly doesn't do any favors for the Samsung brand. ... View more
RyanBlakeIT
Asteroid
in Qled and Frame

1 Like
Agreed, having same issues as mentioned with eARC.  Not stable at all. ... View more
RyanBlakeIT
Asteroid
in Home Theater