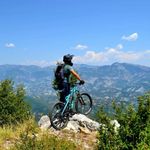 So has anyone here had any problems with galaxy book s {intel version} My pc has been acting weird since the begging and Samsung doesn't want to acknowledge that there is a problem they refuse to fix the problems... So the issues are as follows (it turns off whenever without any warnings The touch pad freezes up sometimes I have a really hard times turning on most of the time, in order for me to start the pc I have to press volume down and power at the same time and do that for like 10 sec  windows costumer service said the version of windows you got there doesn't have a key number  so the software that Samsung has downloaded is doesn't even work properly with there own hardware The battery drains even in sleep mode all background activities and still I wake up on the morning without any battery left whatsoever . sometimes even the updates fails every now an than i actually  have to retry once or twice for it to update  the fingerprint sensor almost never works  I have tried factory reset reinstall the same windows 10 version that it came with etc nothing works, all Samsung need to do is install a 64bit version of windows 10 and is fix but they refuse to fix anything even the hardware issues like touch pad. Laptop was bought  8 months ago. And they want me to pay 500skr to send it to them and if they do find any problems they may be additional charges.      ... View more
Anni
Asteroid
in Computers

Galaxy book s won't turn on or show any signs of c...

1 Like
I own a galaxy book s (laptop) just a few hours ago my laptop went down it doesn't show any signs of charging. I have tried to turn it on but without any success, tried pressing volume down and power button at the same time but that doesn't work ether. I'm stuck on the middle of buying a new laptop or try to fix it can anyone pls help! The laptop is only about 4 months old I haven't had any problems with it, is in new condition and latest Windows update! I was gonna do a presentation at my work today and now I'm stuck!  I can't get excess to my file's or all the hours that went in on my making my presentation video at the company that I'm  currently working! All the files was saved internally.  ... View more
Anni
Asteroid
in Computers

Re: My galaxy book cannot turn on

The screen is just black it doesn't show any signs of charging my galaxy book s is only 4 months old  I had a presentation today as well I might even get fired thanks samsung. ... View more
Anni
Asteroid
in Tablets

Re: My galaxy book cannot turn on

I have the same problem, I can't make it turn on no meter what I do ... View more
Anni
Asteroid
in Tablets