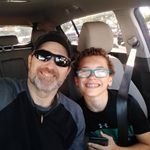 Spartan2Two
Astronaut
in Other Mobile Devices

1 Like
I just bought my phone from Cricket Wireless 2 weeks ago and the RCS still isn't working with the Samsung Messages default app, but it does work with Googles Messages app. I want to use Samsung's messages cuz I can star the convo for later and group them together in categories. I've tried everything I have read online and nothing works and I've been going at it for 2 weeks. Also, the version of the Samsung's Galaxy A025AZ default Messages App version 11.5.30.1 is updated as well as my phone. The app only has a buttom called "advanced messaging" to turn on RCS for getting read receipts and see typing indicators, not a button or area called "Chat Features".  To make matters worse, my Samsung profile states I'm in the India Region. I've tried to change it but it's greyed out. I can't add my cell number to my profile page cuz it gives me countrie codes for China, India and South Korea only. I am at my wits end and about to return my phone and say goodbye to Samsung forever.  ... View more
Spartan2Two
Astronaut
in Other Mobile Devices