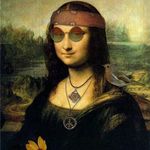 I actually called and spoke with tech at Samsung for quite awhile. Fortunately, he was able to prove that the phone actually does work on WiFi calling and showed me. Told me to contact tech support with my carrier and  demand they escalate to their higher level tech and if I was having problems to do a 3 way call with him at Samsung along with tech at my carrier. Fortunately,  the next time I contacted them and actually got somebody this time who knew what was going on, she DID go in and turn on WiFi calling on the phone and it works fine now...so far.. anyway. Tech at Samsung said that WiFi calling has to be turned on by your carrier and if they don't turn it on, then you won't be able to have WiFi through that company. What a mess, but at least it's taken care of. ... View more
MzBliss
Asteroid
in Galaxy S20

Room mate just bought the S 20 FE from Samsung last week. Works fine so far, except he cannot get wifi calling to work. Wifi data works fine, but when he tries to turn wifi calling on, it says it cannot do so, and gives error code  RE0006. His previous phones worked fine with wifi calling, and so have mine. I now have an S 21 and it works fine with wifi calling, so it isn't the router. We live in a terrible area for phone service so wifi calling is a must. We are both with Pure Talk, and I've never had any problems with them in the years I have used them.They use AT&T towers. I spent half the evening with Tech support tonight and they can't figure out why it isn't working either, we tried deleting the settings, reinstalling them , changing them and she even called her supervisor and they had no clue either. Anyone have any ideas other than moving (can't do) or returning the phone for a different one? I read somewhere that these FE's had wifi calling issues. Thanks! ... View more
MzBliss
Asteroid
in Galaxy S20

I am returning something I bought using the promo credit and I called and they told me as soon as they received it they would reissue the promo credit to me. They gave me a confirmation number as well..So guess we'll see.   ... View more
MzBliss
Asteroid
in Galaxy S21

I just use my old cable and fast charger that I used on my S8 and S20. Fits and works just fine.   ... View more
MzBliss
Asteroid
in Galaxy S21

Re: Battery Draining To Fast

2 Likes
My S 21 runs completely down in less than 1 day without using it at all. And I have turned off everything that was running in the background. If I happen to make a call, the battery runs down really fast after just talking a few minutes. Kinda stinks having to put it on the charger twice a day now :( ... View more
MzBliss
Asteroid
in Galaxy S21