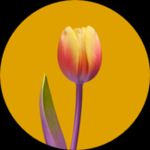 View all badges
Sign In/Register
Topics Thewador has Participated In

Re: Re: Several apps including Netflix suddenly in...

My phone has over 200 GB of data so its really hard to do it manually! ... View more
bsingh
Astronaut
in Questions

2 Likes
I swear people obviously don't know the point of a beta. It is optional. When you sign up there is no promise of pots of gold, preferred treatment or first in line for the next best thing. It is your choice. Simple as that. Noone who CHOSE to be in the Beta is owed anything. It's not Samsung's fault you chose an unlocked phone with a carrier that is causing hangups. I am in the same boat waiting but it's not the end of the world. We will get the update and it will probably be almost the exact same as it is now. All this complaining and whining for nothing. People are unreal. ... View more
Down4ce
Cosmic Ray
in Discussions

Well this was a total lie ... View more
Thewador
Astronaut
in Discussions

We can expect it soon. The update rolled out yesterday in European markets including the Netherlands. So, keep checking for software updates ❤ It's a tough task for Samsung to release a stable update for Z users. But I hope this update fixes most of the bugs we are facing g now. ... View more
DashingDi
Halo
in Discussions