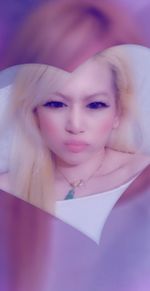 when it happend to me. samsung sent someone out to "fix" it and it cost almost $200 for the technician.  The next day, it still wasn't working so i went crazy and samsung gave me a refund for my fridge so i used that money to buy a completely different brand. i didnt even get a refund from the technician either which i think is bs. but yeah, i suggest you get a refund and buy a different one ... View more
andree27
Asteroid
in Kitchen and Family Hub

1 Like
Yeah and the fridge I had was $3.000 by Samsung. I also have a 7 years old fridge in my back patio that works just fine and had zero issues and that was around $800. Never once needed any maintenance and it's also GE how crazy is that. It hasn't even been 2 years for my fridge either. ... View more
andree27
Asteroid
in Kitchen and Family Hub

I already spoke to a representative on the phone and they pretty much said they can replace my fridge. I will certainly not buy Samsung again. I also lost $189.00 from a ripoff tech that's contracted with you guys that I can't get refunded for which makes no sense. -10  stars for Samsung! I can certainly understand your frustration, I would be pretty upset myself. It seems we aren't able to pull up this transaction number, the 4137569811 that is. Are you by chance located in Canada? Myself and the other moderators are US based so we won't have access to the Canadian transaction/ticketing systems.    ... View more
andree27
Asteroid
in Kitchen and Family Hub

I had like 4 different reference number. Most recent reference # from a phone rep.  Is  4137569811 who I called and yelled at for what had happen and i couldnt get a refund she kept trying to call the tech to come back because i couldnt get a hold of him. Then he finally called me  and I went off on him because he seriously messed up my temp gauge when it was fine. Then he gave another reference number 7001940412. So I have all this reference number and fridge less and clueless . Haven't even got my refund for something that was never an issue with my fridge.  ... View more
andree27
Asteroid
in Kitchen and Family Hub

46 Likes
My model # is RF32FMQDBSR. But this is for every model.  So this fridge is not even 2 years old yet. the fridge stays hot but the freezer works fine. I would lower my fridge to 34 degrees but it would stay at 56.  The coolest it'll get is to 54 degrees.  Multiples of reps. over the phone told me its a "compressor" issue and your fridge is under warranty for the compressor only.  A "contracted samsung" technician came over yesterday and diagnosed my refrigerator as "sensor" issues.  I was charged $80 for him to diagnose my fridge.  Basically him telling me it's not the compressor but it's a sensor.  Another $80 for labor and $9.00 for the sensor.  I was charged a total of $183.00!!!!! He was not even here for 30 minutes. He said to call him tomorrow morning if my fridge is not cooling down.  So whatever, we bought a lot of grocery because we were so excited, we been fridgeless for a while now because we have to be put in line for the next available tech to come out.  OMG, so  this morning my fridge is showing 34 degrees and it is blinking and it is VERY HOT/HUMID.  Obviously he messed up my sensor that was normal to begin with. I was so angry, I wanted a refund and I called the tech, he did not answer. I then called Samsung 1-800 number and they said sorry the technician has to come back and diagnose it again.  I  am not fixing to pay someone another $80 for a fake diagnoses code and another $80 for labor that it never really needed.  They hire shady technicians who gives out false diagnoses to consumers because they know it is not under samsung waranty that way they could get paid twice.  So to me its like i paid him $183 yesterday, now i have to wait for him to come back because he can't come back today because he has "a lot" of tickets. I bet you he will then tell me it is my "compressor" that way he can then get paid from Samsung.  Which is bull and Samsung would not give me a refund for the sensor because the person we paid is just contracted to work as a technician for the company.  JUST BE SMART AND DON'T EVER BUY SAMSUNG REFRIGERATORS.  I MADE A MISTAKE SO I AM HELPING EVERYONE ELSE.  I should've been smart and read reviews of their products because online i found a lot of reviews with the same ISSUES as me.  Obviously they suck at making appliances and should just stick to TV's and PHONES.  ... View more
andree27
Asteroid
in Kitchen and Family Hub