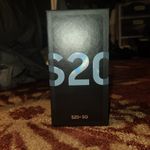 Samsung Software Feedback/feature request for one ...

1 Like
-Stop forced automatic updates that happen at inconvenient times when delayed (it slowly erodes user control)**.. intrusive pop ups. I understand that some prefer it this way but it all comes down to user control and ive noticed that certain featires are removed without notice -i remember on my s7 there was a feature where you could drag multiple apps using an app tray to a different screen (more features, better ui design. Samsung is known to have a lot of features that most ppp end up not knowing about or don't end up using) -media is compressed to horrible quality when sending to iphones even if its through and external app like viber (ive tested sending myself a text on google messages and the quality is awful! It's 2021 and it's no wonder why memes are still made about android).. i get this is a carrier issue but there must be some sort of workaround. I mean if pixel is known for its software turning out exceptional quality on external apps like snapchat then why is Samsung still behind? -better overall interconnectivity with devices outside android -samsung bloatware/forced samsung app permissions (goes against what they claim is privacy) -improved reachability for tall screens.. shouldn't always have to resort to double tapping the home buttton for one handed operation  -reduced load time in settings (the spinning blue circle with a simple setting search). Should not take that long given how powerful newer devices are There isn't a dedicated space to send feedback so i made this post. It's the poir software that really makes me doubt samsung even as a long time user. There recent attempts with one ui seem promising and im holding out but it's just frustrating at times. The whole point of android is its open customization and android 12 seems to be headed in the right direction but a lot of the actual design is missing in ui4 with all the sleek marketing we've been seeing about it Also notice that within a few months, the app will remove your post for whatever reason ... View more
Yusy
Constellation
in Samsung Apps and Services