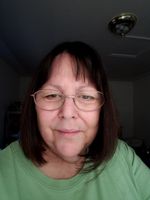 Re: Network Unlock Issue when purchase a tablet fr...

Follow up to above. T-Mobile did manage to unlock my tablet but it took a lot of persistence to get that accomplished. Word to the wise....T-Mobile support on Twitter are very responsive and motivated to help. Also note that AT&T are now having to escalate up getting my tablet onto their system even though it's replacing a previous tablet I had with them. Phones and tablets may have different issues. Bottom line is look before you leap when buying a carrier locked device direct from Samsung and you anticipate changing carriers. ... View more
lesleyd
Constellation
in Tablets

Network Unlock Issue when purchase a tablet from S...

1 Like
This is not a new problem and applies to phones as well. I bought a Galaxy Tab S7+ direct from Samsung because AT&T doesn't offer this model. If I wanted the 5G model, I had to pick a carrier and chose T-Mobile. My current Tab S4 was already with AT&T and I thought it would just involve my putting my current sim card in the new tablet. The sim tray is different in the new tablet so I took it to AT&T to have them do it with a new sim card. Problem is (I Was naive about this) the phone is locked to T-Mobile. So I go to T-Mobile to have them unlock it. They can't do it because I have to be with them for 40 days before they will unlock a device. So I set up an account for 40 days. They still can't unlock it because the tablet's IMEI isn't in their system. It's in Samsung's system but Samsung's CS has already told me it's T-Mobile's job to unlock, it. I was caught in no man's land. But I persisted with T-Mobile at a local store and the latest today is they have managed to whitelist it and are going to email me when the tablet's been unlocked. This is an issue Samsung should make go away. Their CS reps should be trained on this and be able to walk the customer through the process.  Or offer unlocked devices. ... View more
lesleyd
Constellation
in Tablets