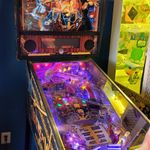 Re: Re: forced mass app perm removal: turn OFF GLO...

Well said. I just want to turn off this "feature". I have over 700 apps, some I don't use often or maybe some at all. That's my choice. my ONLY recourse is to edit 700 apps to turn off remove permissions if not used. I KNOW i saw at one point, maybe a previous OS version, a way to turn this off. Maybe it was samsung feature that is now in the os? ... View more
Cocokola
Asteroid
in Galaxy Note Phones

no one is even acknowledging this ... View more
Cocokola
Asteroid
in Galaxy Note Phones

Re: Re: forced mass app perm removal: turn OFF GLO...

2 Likes
I thought there was a way to turn off the random pop-up saying permissions were removed for unused apps?   I found several links, such as: https://www.samsung.com/levant/support/mobile-devices/what-is-app-permission-monitor-feature-and-how-to-turn-it-off/ ..that points to a feature to turn this off but it is NOT on my Note10+, despite hours of searching for equivalent.  I thought I had DISABLED THIS previously, but here it is popping  up again. I am in the middle of dealing with my father who entered the hospital due to covid and now i am forced to go through a list of hundreds of apps to see how many dozens I need to disable remove permissions.   there was a way to disable this mass change of permissions?  Can someone confirm? The only "solution" that comes up is to manually turn off for each app.  That is not reasonable in any way. There are issues with the algorithm, for example these listed on this site: https://android.stackexchange.com/questions/242993/apps-i-use-every-day-marked-unused-and-permissions-reset?newreg=a1203d2f1eb3475d8f442874b70f1110 which include : google maps that is only launched via Andriod Auto, google voice that is used via permissions to listen to voicemails. etc.  I have similar experience with dozens of apps that I only launch via notifications when I get an alert. I already had to go through each app's various alerting paths and change to silent, or minimized or disable, now I have to do this **bleep** again for each app's permissions to be removed? what is worse, some apps, despite what the note at the bottom of the list of apps that permissions were removed says you just need to relaunch the app to get it to ask for permissions, but that is NOT the case always.  sometimes things just start breaking, like sharing a file to an app which I use extensively. However there are MAJOR ISSUES that led to a family member who tried to get help via an app  this "feature" was added with an OS upgrade, meaning ALL apps installed prior I  must manually identify, launch the settings, go in and disable the remove permissions for ALL apps that I want to use the permissions I SELECTED initially. only purpose for this 'feature' that I can't disable globally is Any  app that is abusing security will be stopped?  However, these bad actor apps will certainly suggest to a user to disable this feature anyway.   it serves no GOOD purpose. If people want this, let THEM turn it on, don't force me to edit 700+ apps on my phone, ONE PERMISSION AT A TIME, to re-enable it every time this thing decides to remove permissions.    It already has done dammage.   it makes no sense to me for power users.  Maybe I need to log this over at xda developers where I can find the major power users, since most other responses that disagree will be for those with few apps or complexities.     1) Many apps that I USE have permissions removed.  These are not launched specifically, but I use "share" to use them, OR they provide info in notification area, or they are used in emergency - like WEATHER ALERTS for tornados that I never use otherwise but my LIFE DEPENDS on these alerts getting through.  I have apps that provide data via WIDGETS that I don't launch directory, such as distance to incoming storm to alert me ON MY MOTORCYCLE TO SEEK SHELTER.  ... View more
Cocokola
Asteroid
in Galaxy Note Phones