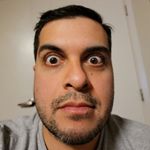 View all badges
Sign In/Register
Topics betancd has Participated In

I'd get a support ticket for warranty replacement. ... View more
bill-e
Samsung Care Ambassador
in Tablets

Snapchat doesn't offer very good integration with android cameras. They have better access to iPhone camera hardware. Just one of those things. For instagram take photos on my camera app then upload to Instagram, better quality ... View more
betancd
Comet
in Galaxy S22

I already did...if you continue to harass me and push your false argument I will report you, that includes replying to this post. ... View more
mdavidf
Comet
in Galaxy S22

Re: Re: Not able to find my secure folder

There's a few things you can do to save battery. Using dark mode. Putting some apps to deep sleep, which helps stop those apps from running in the background. Adjust your screen resolution to a lower level. I use FHD. Find a wallpaper that doesn't have many bright colors, as that uses pixels which drain the battery. Hopefully this helps ... View more
RedPilledSailor
Nebula
in Galaxy S22

Re: Downloading music to samsung music

2 weeks ago (Last edited a week ago by

I just plug it into my computer and transfer files. It has to be files you own, you can't import from streaming services https://www.samsung.com/us/support/answer/ANS00086603/ ... View more
betancd
Comet
in Galaxy Note Phones

2 weeks ago (Last edited a week ago by

1 Like
I don't see it happening since they are moving toward Google Messages and nothing has been announced via RCS on that front ... View more
betancd
Comet
in Android 12

I have an S22 and Phonak Audeo M30 hearing aids. When I am playing music, my hearing aids keep dropping out. This seems to occur more when I am (probably) in an area of much bluetooth usage. I tried to replicate this problem with a pair of cheap earbuds but could not replicate the problem. (This also happened in an S10 I had until early this year.) I think (and I am in no way knowledgeable in this) that the problem in my case centers on a "device" named Headset (SBC) which is, I think, is a part of the earphone software (this device does not appear when the earbuds are used). Conversations with both parties have not proved productive. My next move is to find either an Iphone or a non-Samsung andriod and see if the problem can be repeated. ... View more
Geezer44
Constellation
in Galaxy S22

Re: Which is a better investment

The A53 5G is going to have way more updates than the S6... Also i've had mine since a week after it came out from T-Mobile and i can honestly say this is the best phone i've ever owned. I know it's a mid range phone, but that's all i ever buy, because i have never felt the need to spend over a thousand dollars for a phone that's not really going to much more than a mid range phone from the same company. But anyway i love this A53 and there's no way the S6 can compare to this phone. Especially with the updates and security patches that it will receive compared to the S6 ... View more
Buckeyeman
Cosmic Ray
in Tablets

Re: Come on Samsung no accessories?

This is the reason the NOTE 20U is may last Samsung device. Everthing Apple does samsung will laugh then copy. So im slowly shopping around since Samsung phones are now glorified iphones with stripped down features. Might as well get me an iphone they have no features but have a far better ecosystem and their phones are far better optimized. for the price apple fans have it better . ... View more
Godlessorigins1
Halo
in Galaxy S22

That absolutely does not look like bad camera settings, it looks like a bad camera.  My ultra has a very good keeper ratio and I've never seen anything like that. Either open a support ticket or submit an error report via the Members app Right after the issue appears, please submit an Error Report. Samsung Members app->Get Help->Feedback->Error Reports ... View more
bill-e
Samsung Care Ambassador
in Galaxy S21

I use it daily on a monitor (S22U). Curious what updates you want. (can't imagine it will ever supplant Windows) ... View more
notforhire
Red Giant
in Galaxy S Phones

I'm mainly talking about built in storage vs SD card. Cloud is useful but too slow and insecure for my needs ... View more
betancd
Comet
in Galaxy S22

Re: Re: Re: Latest Software Update for S22

There are two updates in May. The first one was May security patch. The second one just came out later in the month with various stability fixes ... View more
betancd
Comet
in Android 12

Lighten up Francis! We're all supposed to be assisting each other, not yelling at them. ... View more
communityuser24147
Astronaut
in Galaxy S22

Re: Samsung stole my phone.

1 Like
I hate to say it but I had a lot of support issues with Samsung in the past. The most recent was I sent a trade in device, returned the new phone since it was defective, was assured I would get my trade in back since it was not processed at the time of return and received a confirmation email stating my trade in was being sent back to me. A month later, nothing I went through support for a whole month at which time they stated it was somehow processed and I could not get it back. Luckily they rectified it by giving me 800 credit which I used to buy a washer/dryer but it took forever to get a solution. The support personnel usually have no authority to make issues better and have to escalate it a few tiers before you get results so stay persistent. ... View more
betancd
Comet
in Galaxy S21

1 Like
They show you what accomplishments you've earned. ... View more
Diaboyos
Neutron Star
in Other Mobile Devices

What was the source of your music? ... View more
betancd
Comet
in Galaxy S22

YouTube music is the app you would like to use. It does not download your purchased copy but only the streaming DRM version if you subscribe (free with youtube premium). Since they got rid of Google play music, there was an email a few years ago to transfer your Google play music library to YouTube music. I am not sure if it is still transferable. I checked Google takeout (place to download anything you own on Google including data), it looks like they removed the link for music purchases there as well. ... View more
betancd
Comet
in Galaxy S21

Thank you for reaching out. I understand your concern with your galaxy buds pro. To further assist on warranty and cost information I recommend sending me a message directly with your device model and serial number. Please make sure not to publish any personal information or serial number on the public post. You may send me a message directly at: http://bit.ly/2XERsky ... View more

Can you post a photo of your battery usage so we can help identify the culprit? Also recommend trying GSAM or Accubattery. You would have to do some additional steps to find the exact app that is causing issues since they don't always report in battery settings. Also recommend trying good guardians app (it's an official Samsung app) and wiping your cache partition. ... View more
betancd
Comet
in Galaxy S22

Re: Re: Secure folder

Default for what? Most Samsung items can not be removed as their services are pretty well baked into One UI. You should be able to Uninstaller or disable a decent crunch of their software if needed. If you are trying to get a more stock feel, recommend you switch your launcher to something such as Nova, install google apps such as calendar. Otherwise, the only way to go pure Google on everything js to buy a pixel or another brand that uses stock android. ... View more
betancd
Comet
in Samsung Apps and Services

1 Like
Submit an error report after replicating the issue so they can take a look at the issue Samsung Members app > Get help > Send feedback > Error reports ... View more
User_name
Black Hole
in Galaxy S21

Re: How hard is it for someone to hack these phone...

1 Like
You can always reset your phone. ... View more
wow10
Galaxy
in Galaxy S21

Re: Td bank is horrible

I learned if you have auto pay, then pay off a device and buy a new device, your auto pay which will shows up on the system will no longer be valid and you will be hit with a late fee. Luckily after a bunch of phone calls and explaining the issue they took back the fee since the process was not clear and I did everything I could on my end to ensure my payments were gtg. Now I know though, new autopay with every purchase. ... View more
betancd
Comet
in Samsung Apps and Services

My samsung a32 5G has had battery drain issues since yesterday right after my phone received os12 update now my phone will only charge to 75% and only when phone is turned off im so angry this is total **bleep** ... View more
Robbie197628
Constellation
in Galaxy S22

Re: What's everyone's opinion now on the Galaxy S2...

It takes great photos but 60fps low light it takes the worst video I've ever seen. I have returned multiple s22 ultras and they are all exactly the same ... View more
KeanuCheese
Cosmic Ray
in Galaxy S22