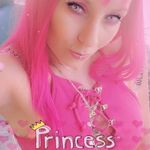 Re: Re: Galaxy buds pro are causing a allergic rea...

1 Like
Yep me also but I bought some ear bud padding off amazon & I will get them in a few days & hopefully that will be long enough for my ears to heal & then I can test them out & see if changing the padding out will fix the problem. I have seen where some people said they also bought different padding & for some of them it worked but I seen where some said it didnt work for them so all I can hope for is that it works cuz if not then they will be totally useless & I will be returning them for a full refund. I really don't want to have to turn to Iphones Airpods 😤 😒 😫 I'm just so mad cuz this has been happening & Samsung has been informed about this not to long after they came out so I'm really mad that they haven't done a recall & fixed it cuz this is completely ridiculous!! Especially for $200!!! And then u see where so many people have said they had the same issue & wrote a post about it on here where lots & lots of people commented under it saying they to went through the same thing but yet samsung closed the thread so now no one new can comment under those post so that's why I made a new one. I'm hoping more people will comment & tell me their story & what happened with them. And if Samsung has helped them in any way. I dont want to just turn them in to samsung (like they want) cuz nothing is obviously gonna come from that (from what I have read from other people's story's) I'm really hoping the new ear bud padding I bought on Amazon will fix this issue. I will def come back and let everyone know what my results are. Thanks ... View more
Pinkie420
Constellation
in Galaxy Buds

1 Like
I purchased the Galaxy ear bud pros on March 27th 2021 and after 2 months I have finally figured out what's causing my ear infections. After wearing them for a few hours my ears started itching & burning & leaking a clear fluid. At one point both ears were leaking so bad it was leaking down the side of my face. I stopped wearing them & after a few days of leaking & itching they started crusting & formed a skin like scab. After going through this 3 different times in the last few months I finally realized it was the ear buds causing it & then looked it up & seen all the other users with the same issue. My question is WHY IS SAMSUNG STILL SELLING THESE EAR BUDS WHEN SO MANY USERS HAVE HAD THIS ISSUE & REPORTED IT TO SAMSUNG!?!?!?! THESE EAR BUDS SHOULD HAVE BEEN RECALLED & FIXED OR STOPPED BEING SOLD PERIOD!!! This issue has been reported since the ear bud Pros have been out so I don't understand why this issue hasn't been fixed by now. I love the ear buds other than this issue so I'm gonna purchase some memory foam ear pads & see if that stops the issue. I have read that it has helped with some people but other people it didnt so I guess I will just have to see for myself if it helps in my case. I hope it fixes the problem cuz if it doesn't I will have to try to get my money back cuz they will be completely useless otherwise. I just can't believe such a big company can't fix a issue this big!! I sure don't see Apple having this issue & I would really hate to have to switch over to IPhone products cuz I am a Samsung user but this is COMPLETELY REDICULOUS AND PLAIN OUT CRAZY!!!!!  ... View more
Pinkie420
Constellation
in Galaxy Buds