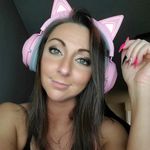 Re: Re: Duplicate Messages

This definitely sounds like an AT&T issue. I'm wondering if they are working on their towers in various areas. When I first got my phone I had zero signal even though it read I did. I lived right next to a 5G tower as well which was funny. After a while all was fixed though so I knew it was an issue with them and not the phone itself ... View more
Tracy2fast4u08
Cosmic Ray
in Note20

Re: Re: Duplicate Messages

1 Like
Most of my friends are on iPhone so this did not apply to me at all. I turned it off anyway to test it but it did nothing to fix the issue. ... View more
Tracy2fast4u08
Cosmic Ray
in Note20

3 Likes
I also started having this issue as well. It started about 3 days ago. I noticed that when my friends have been in poor reception areas in the past, they too would send me double texts on accident. I assumed it was because of a poor signal area that I'm experiencing the same now. I've lived in the same place for 11 years though and even when I am in a area with poor reception, my phone has never sent double texts. I'm not sure if this is a phone issue or AT&T issue. When I first recieved this phone a few days before it was released, I had massive amount of issues with it including signal issues. Both Samsung and AT&T pointed fingers at each other. After 3 or 4 months of dealing with it, it resolved on its own without a new update. With that being said, I almost feel like it is a service provider issue more so than the phone itself. Maybe AT&T is working on their towers in our areas? Hopefully it will resolve on its own like all my previous issues have. I will be following this thread though to see if anyone does find a fix! Good luck! ... View more
Tracy2fast4u08
Cosmic Ray
in Note20