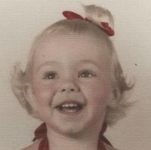 Re: Samsung themes not working properly

@TheRabbi wrote: I stopped buying themes because they've been broken for some time now. It's unfair to developers, because they get low ratings due to Samsung coding issues. This a NEW issue with themes that began after the UI 2.1 update. It happens on ALL themes including the default theme. It is an issue with the UI update, not with themes. Someone mentioned a patch to the 2.1 update that may fix the problem, but I  haven't received the patch yet so I don't know if that will fix the problem. ... View more
Elfyn
Asteroid
in Note10

Re: Samsung themes not working properly

I am having the same issue. It does this with all themes, even the default theme. Updating themes from the Themes app does not work either.   Edited to add: I'm sorry I was not clear about the issue I was having. Since the UI 2.1 update all themes (home screens) are switching to landscape mode after using an app or game that runs in landscape mode. I must either re-apply the theme or reset my device. This happens with the default theme too. ... View more
Elfyn
Asteroid
in Note10

I'm  having the same problem. Note 10+, 4G Sprint, using a Galaxy Theme. Tried several themes and they  all have this issue.    Edited to add: I just tried this with the default theme and it gets flipped too. ... View more
Elfyn
Asteroid
in Note10

Re: Note 10+ crashes with Ring app

Just tested with my Note10+. Ring device is a doorbell 2. No problems with Live View. Using on my xfinity wifi network or LTE. Phone is on Sprint. No crashes, no issues. ... View more
Elfyn
Asteroid
in Note10