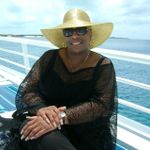 1 Like
Thanks I have the double tap feature on my Note 21 Ultra it's not that deep for my tablet, I was just curious. I researched it and the only wake up for the sleep screen on my Tab A 8.4 is the power button thanks again ... View more
Ladymax23
Halo
in Tablets

Is there another way other than pressing the power...

I was wondering is there any other way besides pressing the power button to wake up my screen on my Tab A 8.4? Is there a note app feature like my Note 21 Ultra? ... View more
Ladymax23
Halo
in Tablets

1 Like
The Air Commands pop out but I was unable to create a note from the air command or the off screen. But I fixed it I had to reset the permissions in the phone that was the only way to get the S Pen working properly never had that before on my Note 4 or Note 8 ... View more
Ladymax23
Halo
in Note20

Re: Black strip on tv

I was crying about my 2014 TV 46 in in February black screen could he is sound but that was it I purchased another Samsung TV 50in I hope I don't have that problem that's awful. ... View more
Ladymax23
Halo
in HD and UHD TVs

Re: Re: Create Note on Galaxy Note 20 Ultra

Thanks I've used the note several times before period my issue is when you pull out the pen and you trigger the note it's telling me about going into settings I'm not even going to deal with it because I can create a note another way By going into Samsung folder Thanks again ... View more
Ladymax23
Halo
in Note20

Re: Re: Disappointed in the Note 20 Ultra

1 Like
Thanks it was in my Note 8 that I purchased in April 2018 Thanks again! ... View more
Ladymax23
Halo
in Galaxy Note Phones

😲 Wow thank you so very much.. Life saving I was so unhappy especially especially after I'm unable in the stock texts to change the ringtones in the stock texts app the blue and white app. I have no problem changing the text ringtone in WhatsApp Even though I know where to go I try to set it and it won't take the songs it only takes the stock notification notification tone . I've been using ring droids app for years And there was another app that went along with it and I forgot the name they worked in conjunction. If you could help me out there I would be most appreciative and this talk texting is getting on my nerves I have tried Samsung and Google. You mean it to me if they go to Mars and to the moon they can't get talk texting accurate 🤔 😅 🤷🏽 ... View more
Ladymax23
Halo
in Galaxy Note Phones

Disappointed in the Note 20 Ultra

2 Likes
Well after waiting to see if Samsung was going to release the Note 21 ultra I decided to leave my Note 8 to purchase the Note 20 ultra wow, what a big disappointment for such an expensive phone..    I've been a Note fan every since the Note 3 and I've never been so disappointed like this. Samsung left out such a excellent features like Edge Lighting missing as well as the blinking notification light. The Note 8 and the Note 4 I've never had a problem, I was in love with the Note 4 But Samsung I don't know what's going on if it's not broke why should you try to fix it!!!    Wow ok they moved the S pen to the left side and whiat you have to go through through to make the power button the Dedicated turn off button 🤔 😪 I don't understand it . Thanks Samsung everything in my house is Samsung electronic. I love my Samsung :television: I especially love the new 50inch 2021 TV with the ambient feature. I don't know where I'm going to go next year if the Note 22 doesn't come out and they end the Note series. I don't want to go back to the S series even though they're going to make an S pen to go with it but you'll have to use their case so you can keep up with your S pen isn't that crazy. People want to use whatever case they want to use on Such an expensive phone. ... View more
Ladymax23
Halo
in Galaxy Note Phones