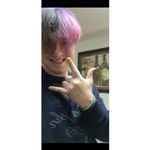 Re: 25 watt charging block not included with S21

2 Likes
That's kinda wack if it's not one thing it's another. I remember when my dad got his S8 or S9 it came with AKG headphone not just the plug in ones but bluetooth, it came with an Oculus and I think one more thing and the S20 didn't come with Jack and apparently neither does the S21 which is a little disappointing because of the prices. ... View more
Issik2091997
Astronaut
in Galaxy S21

2 Likes
Okay so I've had this phone since about a month after it came out and I just want to start of by saying it was a substantial upgrade from my last device so I think that may have blinded me and my judgement as far as my opinion of this device. I also want to note that this is my 3rd replacement for this device not due to damage or anytjiny accidental/intentionally done. Since I've had the Samsung Galaxy S20 Ultra there have been a lot of minor bugs and glitches that I let slide because let's be honest there is no perfect programming or device they all are going to show some sort of issues at some point but I have noticed that after cramming update after update down us Samsung user's throats it has drastically made the performance of my device continue to go downhill. I am currently at work so I don't want to spend to much time elaborating and writing an essay about this but I will give a few recent examples that have really just been adding to my anxiety on top of my job if I'm being honest. We'll start with the keyboard, so I don't use the standard keyboard that came with the device I have Gboard installed and I do recommend this keyboard over the stock keyboard that comes with Samsung in a heartbeat but for some reason my keyboard will sometimes switch back to the default mid typing which can be very frustrating and also I can be typing a word or sentence and I'll have to press certain keys multiple times, now I know some of you will have answers like clear the cache or delete and reinstall or check for updates, well believe me you're preaching to the choir. Another issue I'd like to address is the camera, no I'm not referring to the quality or anything; anyone who has this device or used this device for a substantial period of time and knows technology I'm sure will have a similar opinion about the camera as far as the quality as I would so let's not focus on that, no what I'm more wanting to focus on is the constant crashing of the application and the only information I can really say about this is it's random and usually happens when you leave the camera open for any random period of time. The last thing I'm going to address (like I said these are just a few of the, call em major or minor depending on how you'd personally categorize it, glitches) is the switching of tabs, windows, applications however I can refer to it for you to understand, it's 6 am where I'm at and I've been up for 3 hours lol but anyways if you have several or even just a few or couple apps open and go to quick switch applications it will sometimes either completely freeze the device, switch applications like you intended but then the screen of the last application you were on will pop up and stay stuck like that until you get an error to force close the application. E.g. if I'm on Youtube and go to switch to my text message application after I open my text message application it will pop up YouTube again and freeze like that sometimes fixing itself but sometimes crashing one or multiple apps. That was just one example because it's happened to me with more than just the combination of those applications, that being said I also want to note I am dealing with these issues still as of 1-27-21. I honestly gotta say you can do better Samsung, the price of the device was also not very appealing but the camera and specs is what made me grow an interest in this device to begin with, I plan on giving Samsung another shot and upgrading to the S21 Ultra not only because of the price reduction and it being an upgrade but I genuinely would like to see if Samsung has acknowledged this garbage device by making it up to their loyal customers. I may come back and edit this later when I'm off work and check for errors in my grammar. Update 11:00 am same day I posted this. Another issue with the camera I'm having that I forgot to mention is the focusing has all of the sudden somewhere within these past couple updates took a crap on me. Not even just with trying to take pictures of the moon but even taking selfies (which I hardly do anyways but sometimes I see if I have anything on my face with my front camera) and the back camera on close shots of what I'm trying to capture. Now I've tried multiple times to clean my camera lenses and my case (which neither have any cracks even small hair cracks believe me I've checked) but I can tap the screen where I want to focus several times before it will finally focus sometimes or I just have to move it around off what I want it to focus on then move it back to my intended photograph. ... View more
Issik2091997
Astronaut
in Galaxy S20

1 Like
Hello so I have made a prior post about this issue but I am going to make another one until there is an update to fix this. So I have my settings to where none of my notifications show on my lock screen for privacy reasons yet I've noticed that A. If I launch my camera from the lock screen and someone sends me a text or Snapchat for example it will show exactly who it is messaging me for any app not just those two or B. If I have an alarm set and it's going off and someone messages me the same thing will occur. Now if you ask me this kind of defeats the whole purpose of having these settings put this way to prevent snoopers, thieves from stealing personal info and more scenarios. I understand it's just a minor bug and really I discovered it on accident but it's nothing that an update shouldn't be able to fix. I hope my message is seen and considered.  ... View more
Issik2091997
Astronaut
in Galaxy S20

Okay so I have my settings to where it doesn't show my notifications if my phone is locked but I've noticed that if it's locked and an alarm goes off and someone happens to send me a text or I recurve a snapchat notification then it will show exactly who or what it is, same thing when you are on your camera from the lock screen. I think that needs to be updated for privacy reasons.  ... View more
Issik2091997
Astronaut
in Galaxy S20