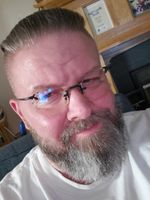 Re: Note 10plus Update

Thanks for your thought and insight @Rebuiltearth, I can appreciate your opinion. I have had the Notes since the first one as well as the iPhone so o know tech. I also know I'm impatient and am a fan of instant gratification so maybe I'm jumping the gun. However, iOS is at 13.2 only a short time after release of 13 and it's very stable and where glitches existed when officially released, they're quickly addressed by software update 'globally' not just here and there to one country or carrier at a time. Samsung has just as glitchy os releases as anyone else but have fewer in frequency updates and support their products less than other manufacturers out there. You're entitled tonyournopinuonnamd I respect that but I'm entitled to mine as well. ... View more
El_Jeffe
Asteroid
in Note10

Re: Note 10plus Update

3 Likes
Unlocked Note10+ and no joy after 2 weeks. These are the reasons people leave Samsung and move to Apple or Pixel, Samsung doesn't deliver as they say they will. I've gotten the Apple iOS beta on release date globally everytime. If Samsung cant manage a global release of the beta perhaps they need to reconsider having one at all. Big disappointment after purchasing the unlocked version directly from Samsung with the hope they'd deliver as promised. ... View more
El_Jeffe
Asteroid
in Note10

1 Like
Pretty sure I've seen some videos on YouTube where even the Note10+ is running the new Beta. As usual Samsung disappoints its users. No wonder they give you $600 if you trade in a device for one of theirs, their reliability and and commitment to their customers after the fact is non-existent. ... View more
El_Jeffe
Asteroid
in Note10

1 Like
Unlocked Note10+, been waiting since Mondy and still no joy. I'm beginning to thinknits the mythical Purplr Squirrel. Guess being a military veteran taught me what hurry up and wait feels like. Samsung? ... View more
El_Jeffe
Asteroid
in Note10