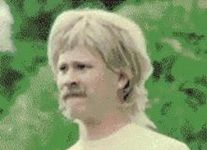 @userfVQBSv5FTn wrote: @userLhdFVAxsRz To be clear, this doesn't require rooting your phone.  adb allows you to uninstall packages that you have installed simply by putting your phone in debug mode and using the shell.  The frustrating part is that you cannot simply disable the services and take a risk by removing packages / services that could potentially be critical for the OS to function. .   . that is true...  the 'pm' method is unorthodox. ... View more
mitoo00OOO0oo
Comet
in Galaxy S Phones

@userfVQBSv5FTn wrote: @mitoo00OOO0oo    Thanks for the procedure,  I was running into permissions issues using PowerShell and adb, I switched to cmd and it seems to work fine.  Double-tap no longer opens Bixby so it might actually be gone (until Samsung and Verizon force another update).   One note, my phone didn't have this package installed:   com.samsung.android.bixby.voiceinput Though these Bixby packages were still installed:   $ pm list packages --user 0 | grep "bixby" package:com.samsung.android.app.settings.bixby package:com.samsung.systemui.bixby2 package:com.samsung.android.bixby.service I removed the Bixby service package because I assume that's what is running the core service in the background, though do you think it's adventageous to remove the other two?  I'm assuming the other two are superficial packages just by their names but I'm not seeing any errors or issues with them still installed.  I may pull them off anyway.   Thanks again, this seems to have worked great.  Though it would be nice if this was available natively in the OS.   EDIT:  Thinking about this again, I don't think it was permissions issues with PS vs. cmd, I think I was trying to disable the package vs. uninstall it.  Obviously, disabling the package would be preferred in the event it completely borks the phone, but either way, it got the job done. I didn't see your message.   indeed, packages from one service can vary from model to model, for example, bixby, facebook, dialer, contact list, etc.      The removal script I posted is not an ideal solution and far from a definite one.   I removed bixby packages from my devices.   A few days later I started experiencing a new little problem.     Samsung Notes would crash at least once a day for no reason, just sitting in the background.    The logs pointing always to some 'invalid intent' thing.   When Pie was updated on one of the devices, Notes stopped crashing.    So there is a link between Bixby and Notes, though I scanned the APK files and found no relation between them.   Answering your question, I remove and wipe any package with the name bixby.   At the end of the day, removing bixby did not improve my devices.   I have a new tab s4 which has nothing removed, even Bixby carp is stlill there.   The tablet is still super fast with bloatware. ... View more
mitoo00OOO0oo
Comet
in Galaxy S Phones

the community interface from the new members app is crippled. no reply options and the formatting is sub-par if compared to the same community's web interface.   example in screamshot.   ... View more
mitoo00OOO0oo
Comet
in News and Announcements

the community interface from the new members app is crippled.     no reply options (except the main reply button) and the formatting is sub-par if compared to the same community's web interface.    Nested mesages cannot be replied to.   example in screamshot.   ... View more
mitoo00OOO0oo
Comet
in News and Announcements

Re: Critical service in progress?

@SamsungMod23 wrote: Please keep us posted. didn't the members app support team notify samsung US support about this notification?   they acknowlegded it's a cosmetic bug to be fixed in a future release. ... View more
mitoo00OOO0oo
Comet
in Note8

1 Like
@userjKVGlqEo3H wrote: I want what I had without going back to factory settingst  factory settings does not hold that which you once had.     ... View more
mitoo00OOO0oo
Comet
in Galaxy S Phones

@userWziBZ1wWj0 wrote: I'm using SS S8, so if I reset my phone to factory setting, will it be reversed back to old version before? Thanks for your reply. negative. ... View more
mitoo00OOO0oo
Comet
in Galaxy S Phones

@usersbIJMMu3dY wrote: Resetting your phone would get rid of the updates but the trick is to make! resetting would not and there is no trick. ... View more
mitoo00OOO0oo
Comet
in Galaxy S Phones

1 Like
@userAniRvIxhhn wrote: I owned a Galaxy S6 and I had wi-fi issues after the nougat system update. Samsung and Google would not help or take any responsibility. So I bought a Galaxy S9+ through T-Mobile and they used the Smart Switch app to transfer everything from the S6 to the S9+ and the wi-fi issue migrated to the new S9+. No one could fix the issue nor take responsibility, so I went to T- Mobile and demanded the phone get replaced and T-Mobile homered the warranty and replaced the phone(S9+). When I received my new S9+ I did not use Smart Switch to transfer all of my information (contacts and all other info) to my S9+ and my new S9+ has "NO" issues at all.   To everyone who has issues and their phone is under warranty. Take the phone back to the store wherever you bought it and demand a replacement and do not take no for an answer, be firm but polite! Transfer all your contacts yourself but do not use Smart Switch to do the transfer! Transer all your information the same way and if you have the exact same problem as described in the above message, then I would suggest you firmly request a refund as the operating system may have gotten corrupted from the factory where it was assembled. You will be told this is impossible, but believe me, it happens because everyone is in a big rush to get the latest greatest operating system and phone to the consumer. All Respectable and Honorable companies that sell products to the public that are under warranty will either fix the issue or refund your money. The S-10 was just released this year and is under a manufacturer 's warranty. You can contact your state's attorney general's office to locate who you complain to when a seller or manufacturer does not honor a warranty. Some States have a consumer complaints office that will advise you of your rights or assist you with getting a seller or manufacturer to honor their warranty. Please be polite but firm with everyone you talk to for help and you will get good results. You can use social media or your local TV station to alert people about the problem you are having and this can also get great results. Sellers and Manufacturers do not want bad public relations. Do not to forget to contact your better business bureau or similar agency. yours is a good explanation.   I would like to add that if smart switch (or any other backup app) is migrating a bug or glitch from an old phone to a brand new one, then a full factory reset should restore the new phone to its pristine condition.    This can be easily confirmed before exchanging the phone under warranty.   my 2 cents. ... View more
mitoo00OOO0oo
Comet
in Galaxy S10

1 Like
@jljjljjlj wrote: Thank you. I cleared the cache and it now works! Much appreciated. did you reinstall the app three times? ... View more
mitoo00OOO0oo
Comet
in Samsung Apps and Services

@samsunglarry, Please allow me to share some ideas. This problem with the new members app not loading is being reported with some frequency by now. i believe a focused approach is needed. For example, an attempt to read logs generated by the OS, such as 'logcat'. This will require ADB accesss. If ADB is not possible or desired, then another method can be found by installing one of the many logcat apps availble at the play store. Logcat will most defenite,y provide important clues. ... View more
mitoo00OOO0oo
Comet
in Samsung Apps and Services

1 Like
@userqOJuNJMjyv wrote: Come on Samsung listen to your customers. This is a shocking childish update. Please sort URGENTLY  kindly do the needful on a top priority basis.   ... View more
mitoo00OOO0oo
Comet
in Galaxy S Phones

yes, I had performed a dalvik/cache wipe for another reason.   The notification still pops up right after samsung+ loads and vanishes after a few minutes.   The message appears to be benign in nature.  My intention is to know what it represents.     Could it be samsung+ optimizng the battery?   it happens on my tab s4 only, while the  notification never appears on a note 8 and tab s3.       ... View more
mitoo00OOO0oo
Comet
in Galaxy S9

@requa wrote: I am now seeing the Samsung+ icon in my notification bar and on my AOD and lock screens. When I pull it down, there's a message reading "Samsung+ - Certain critical services are in progress." I can't dismiss the notification. Tapping on it just closes notifications and returns me to my home screen. I do not recall seeing this prior to the update to Pie/One UI. Is anyone else seeing this, and do you know what it means or how to get rid of it? This is on Galaxy S9 SM-G960U from Xfinity Mobile. me.   tab s4. ... View more
mitoo00OOO0oo
Comet
in Galaxy S9

Re: Samsung is not for serving its customers

@userj5AkaJt3TP wrote: Honor 8x  Redmi note series Apple xr One plus 6   All better and cheaper options Samsung doesnt want you to buy there products in my opinion .  they told me we don't care about our customers especially in Canada. They don't .want to make things good for there customers they want to rip you off .no good will to Samsung who is heartless when it comes to there bottom line at the expense of the customer Apple has far superior service and quality Samsung let me down don't get scammed and get stuck with a company that strives to screw its customers.               https://community.samsungmembers.com/ ... View more
mitoo00OOO0oo
Comet
in Galaxy S10

3 Likes
I notice we can't reply to messages within a thread. Missing REPLY button.       ... View more
mitoo00OOO0oo
Comet
in News and Announcements

@usergOTcheKUvr wrote: I have a note 9 & don't have a toggle option,  so how can I turn it off?  with adb. ... View more
mitoo00OOO0oo
Comet
in Samsung Apps and Services

@userEcIKmOPEuJ wrote: Hello, the changelog doesn't mention this fix, but I can also confirm that in the build number ARK4 the delay is gone. Looks like there was a software issue after all... @userSrrROKBrwI wrote: Hello!  With the latest tablet update (December 2018) the issue appears to be solved . @Ice0cold wrote: Yes, just wanted to confirm, that the issue has been fixed.    GOOD JOB.           ... View more
mitoo00OOO0oo
Comet
in Tablets

@userSrrROKBrwI wrote: Hello!  With the latest tablet update (December 2018) the issue appears to be solved . that''s good news, if true.   is there any mention in the update release notes?     ... View more
mitoo00OOO0oo
Comet
in Tablets