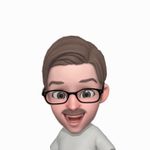 Same with my 65" 4K. First, one HDMI port went out. Now another HDMI port has gone dead. It's a problem with Samsung TVs. ... View more
Markll
Asteroid
in HD and UHD TVs

Re: HDMI Ports Not working

Markll
Asteroid
in 4k, 8k and Other TVs

This happened with my JU6500. One HDMI port stopped working about a month ago. Second HDMI port went out shortly after. I moved that TV to the bedroom. I just bought a 77" LG to replace the Samsung. I too, have many Samsung products and an getting a bit frustrated with the failure of them. Ive read that some of these manufacturers are using inferior solder on the circuit boards to save a few cents and thus, causing failure down the line. ... View more
Markll
Asteroid
in 4k, 8k and Other TVs