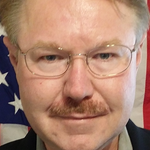 I back up using Samsung Cloud and I also back up the phone to my Google account ... View more
The_Chief
Halo
in Note 9

Have you checked nearby carrier stores like Verizon? They will sometimes stock the S Pen ... View more
The_Chief
Halo
in Note 9

I'm sure you have your reasons why you got a Galaxy S instead of a Note, when you so want the S Pen features that are exclusive to the Note line. No doubt you can get a pretty good deal on a trade-up ... View more
The_Chief
Halo
in Galaxy S10

I have owned every version of the Note except the original 2011 Note and the Note Edge. It just gets better & better! Not only the massive screen and similar specs, but my fat fingers don't like to hit what I'm aiming at... so I can tap, select, type and control things with surgical precision using the S Pen. A day probably doesn't go by that I don't use at least one of the S Pen functions: whether it's Smart Select to grab a picture or other part of a web page to share; or Screen Write. Even though I don't write anything, I can scroll-capture multiple screens of a conversation into a single, long photo. I can even jot down a phone number, address or other quick note without taking the phone out of standby.   The new Notes, starting with the Note 9, have a Bluetooth S Pen that allows me to control the camera shutter, and even my music, with a simple press of the button! That is so nice: I'm reading an article in my browser, S Pen in hand to scroll, and a really annoying song comes on. Instead of swiping down on the screen to access the music quick controls, I just double-press the S Pen button and... SKIP!   I don't use a lot of the Note 10+ active motion commands, as I find the accelerometer clunky. That may get improved in the coming UI 2.0/2.1 upgrade and let's hope so. I don't use AR Doodle because... why? It's a gimmick to me. But to anyone who has a Note device and doesn't absolutely love their S Pen, I say one thing: you're not using it enough. Once you understand the sheer power that S Pen gives you, you will probably order a spare just in case yours breaks or gets lost - because you won't want to be without it.                   ... View more
The_Chief
Halo
in Note10

Re: How does this work

Hi there and welcome! We are all Samsung device owners, and we help each other master our devices. If you have a problem, use the search function to see if a solution has been posted. Tips, tricks, and update news can be found here. Have fun ... View more
The_Chief
Halo
in Samsung Apps and Services

1 Like
Are the round notifications images of Facebook friends you have conversations with? If so, I would say that Chatheads is turned on in Facebook Messenger settings. Turn it off and those will no longer bother you ... View more
The_Chief
Halo
in Galaxy S10

1 Like
I actually bought the Note 10+ in September and returned it in favor of my Note 9. However, I got such a no-miss deal on it Cyber Monday that I bought it again, determined to minimize the things I dislike. Wish me luck, as I really want to like this phone. But good grief, Samsung, what focus group told you that consumers are thrilled about a camera hole in the middle of the screen... and that everyone wants to smudge their screen with their greasy fingers to unlock it? I doubt those "features" were ever run by consumers who actually use the phone all day!   Here's a tip: offer the Note 11 with the fingerprint sensor right where the Note 9's is... on the back, dead center; and either use the A80 pop-up camera module or an under-the-screen camera. I doubt that out of 100 consumers, you could find 5 who actually love the "Infitnity-O" display or the under-screen fingerprint sensor. ... View more
The_Chief
Halo
in Note10

1 Like
Sounds like one of the apps you installed is popping up ads on you. Restart the phone in Safe Mode and see if the ads disappear. If so, reboot normally and start uninstalling apps, one at a time, beginning with the one you most recently installed. When the ads stop, you found the culprit. ... View more
The_Chief
Halo
in Note 9

Hi and welcome to the community! For tips, tricks and troubleshooting, you can search for your device and issue. If you don't see the issue, you can post about it and your fellow community members (that's us) will try to help you. ... View more
The_Chief
Halo
in Galaxy S8

Android 10 is not an update to the Members app, but to the Android operating system on the phone. I would think that Samsung Community would have a record of your participation in the beta test, regardless of any app status. I suppose I'm confused. ... View more
The_Chief
Halo
in Note 9

Re: Note 9 buzzing and vibrating when zooming with...

I am having the same issue - it is intermittent and I suspect that it is a fault with the camera hardware. The aperture seems to be trying to switch back and forth rapidly, causing the jittery feel and buzzing sound. Until the problem is isolated by Samsung, and corrected under warranty, the only solution is to restart the phone and hope it doesn't repeat for awhile. Problem is that, by then, we have lost the opportunity to get our photos. ... View more
The_Chief
Halo
in Note 9

3 Likes
I was concerned about this very issue when I looked and saw only 1-2 bars of signal in my house. Knowing that the bars are not accurate indicators, I looked in Settings -- About Phone -- Status -- SIM Card Status and checked the Signal Strength. I went into our kitchen, which is the innermost room in our house, and measured the signal there with the Note 10+: -90dbm. While that was a concern, I put my SIM card back into my Note 9 and repeated the measurement: -95dbm, quite lower than the Note 10+. So I'm not ready to call this a bad reception issue. Please ensure you are looking at the actual signal levels and not the bars in the status bar... and compare it against a known good device. My 2¢ @AceAhad wrote: Did any of u guys with note 10 getting hard time to get signals and mobile network and LTE??   ... View more
The_Chief
Halo
in Note10

Re: Bring back the headphone jack.

1 Like
I don't get it: as awesome as noise-canceling Bluetooth headsets are these days, I don't know what the attraction is to wires. I have owned Bose QC35s and now sport the (better and lower cost) Sony WH-1000s - the soundstage is amazing and the noise cancelation is almost eerie. I guess we all have our little loves about various phones... but with the new acoustics of BT headsets, I don't understand the insistence on wired earbuds or headphones. I encourage you to get a really good BT stereo headset and compare them to whatever wired set you use. I think you'll be impressed. My 2¢ ... View more
The_Chief
Halo
in Note10

1 Like
I strongly advise against using the microSD card for adaptive storage, and here's why. Let's say that you set your card to combine with internal storage, and I set my phone up to save virtually everything to the microSD card as external storage. In some cosmic coincidence, we both drop our phones and they each suffer catastrophic damage: the screens are shattered and they won't power up. You are unable to access anything... I pull my card out, pop it in a new phone and rock on. You can pull your card, but the data on it is gibberish because it's only half the information - the rest of it is in an internal storage location that you can't access. Please consider the risks when choosing adaptive storage. ... View more
The_Chief
Halo
in Note 9