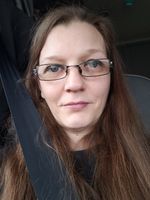 In my experience, a screen protector just makes me more angry about.. the dust. ... View more
TheSMQ
Asteroid
in Note20

I'm not convinced it is due to the case. The phone had dust on it when I went to put it in the case, still standing in the middle of best buy. ... View more
TheSMQ
Asteroid
in Note20

I'm curious if anyone else is having dust issues on their note 20s. I do not have a screen protector, but I am using a case. I've noticed since I got the phone, not even a full week yet, that this thing collects dust faster than a dust buster. I'm using a Kate Spade case that is clear with a design, and I consistently see dust buildup around the edges. I have cleaned the screen with electronic cleaning wipes, and a microfiber cloth, but nothing seems to help. Any ideas on how to cull the dust monster? ... View more
TheSMQ
Asteroid
in Note20

I have also done the factory reset. oddly enough, now Gmail on my tablet is doing the same thing. 🤷‍♀️ ... View more
TheSMQ
Asteroid
in Note10

I have had it checked by ubreakifix. All diagnostics were normal. ... View more
TheSMQ
Asteroid
in Note10

I am aware of these settings. These apps have to run in the background in order to work properly. Putting them to sleep will not be an acceptable solution. ... View more
TheSMQ
Asteroid
in Note10

1 Like
I've had issues with my note 10+ from day 1. My husband has the same phone(different color), same network, purchased at exact same time.... and absolutely none of the issues I have encountered.  It began with signal issues, both wifi and cellular data(we are on Sprint). Then I began getting issues from the phone constantly updating PRL and profile... to the point of being unusable. My samsung store is messed up(I attribute that tech support who had no idea what the error code I recieved meant...), and I have just been dealing with it. I have a signal maybe 10% of the time my husband does, and we are together 24/7. About a month or so ago.. after the September update, I began getting a notification that The Weather Channel was draining too much battery and needed to be put to sleep. We travel for work, so.. no. Instead, after 3 or 4 days of that notification, I simply deleted the app. Problem solved! At least that's what I thought. I did re-download the weather channel app, a couple days ago as we needed accurate radar for our travels. Same thing happened, so I decided to uninstall it, again. No more battery issues! Until this morning, AFTER I opened a different app that I have had on my phone since day 1 and is connected to our work. Now IT all the sudden has high battery usage. Not before today, ever.  Does anyone have a similar issue? If so, what did you do to remedy it, short of deleting apps?  I kinda feel like it's going to run the gamut and do this with every single app.  ... View more
TheSMQ
Asteroid
in Note10