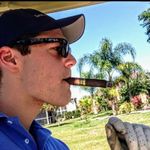 Re: My S10+ charger port burnt

My whole dang charger dang bear burnt up this morning as well. Yes I was using the " Samsung zCharfer & Wall plug in from Samsung. I tried charging from my portable stand charger as well. ... View more
ShadysPlace
Asteroid
in Galaxy S10

1 Like
You know I have been slow to post comments in a public forum such as this. Due to some of the software, hardware or a combination of both I try to save my plus or minus for those who develop the many hrs of code to allow software to work or those who are tirelessly trying to keep up with ensuring we all are having the best experience as a consumer we possibly can. However, at what price are we paying for this. I am a SAMSUNG guy for the most part regarding mobile phones. I have tried them all from NEXTEL's PTT, NOKIA, MOTO'S, SONY & LG PLUS a few I've left out. SAMSUNG is my choice. I have the Nore 10+ & I love it for the most part. If we think for a min that's gonna be true with almost every phone one gas owned. At least in my case it has been that way. I also don't rush out to get the new phones until I've done my research. My Camera on Note10+ is better & with some upgraded software vs a 1500.00 Note20 ULTRA. I could sit here and list a whole host of issues with the new 20 vrs of phones out now. However I want to choose instead to make a rather bold Statement & Prediction if I may. Personally, I am highly disappointed in this version of new phone SAMSUNG has chosen to bestow upon us & act as if its this greatly newly designed, packed with all these new features, which can justify this grossly over rated price. After looking the entire market of phones within the mobile industry over, I am convinced other than the NOTE10+ there are much better customer/user friendly designs with pretty much the same tech specs along with the hardware specs to. Phones should be like a laptop at the prices now being paid. 1 should expect to be able to customize their own features. This would just about be the only way to get most at a base price say if 1200 - 1500 & customized you could easily end up in the 3k range. People say I'm nuts to even think this is even doable. Look I use the DEX feature with my NOTE10+. Its already acting like a laptop in many ways. I'm using expanded memory, docking station, wireless printing, transferring of docs faster than ever & I can do full scans which I can edit sign or put in a group for open comments. So for me, SAMSUNG YOU MIGHT OR HEY YOU MAY NOT WANNA LOOK AT YOUR OVERALL CUST BASE. DURING THESE UNCERTAIN YIMES & INTO THE NXT CIUPLE IF YEARS THINGS QILL DEFINITELY BE TURBULEBT AT THE LEAST. BEST WE CAN HOPE FOR IS 2.5 YRS MAYBE 3 FOR ALL OF GLOBAL COMMUNITIES & WORKING TEVHMOLOGIES TO BEGIN TO SOLIDIFY THEIR PERMANENT DIRECTION & CHANGES THEY WILL HAVE ENACTED WHICH, THEY FEEL AS A CO., SMLL BUS., CORP ., OR WHICHEVER TYPE INSTITUTION, HAVE ADOPTED AS CURRENT POLICIES, THUS ALLOWING FOR. ETC... IT WILL BE DURING THIS TIME WE WKLL CONTINUE TO SEE THE FALL OF SUCH GREAT COMPANIES, LIKE SAMSUNG OR A BIGGER COMPANY THAT WILL ULTIMATELY ROCK THE EOTLD IN SUCH A WAY IT WILL FORCE THE HANDS IF ALL LEADERS & MINISTERS TO TAKE MEASURES ENSURING THEIR OWN COUNTRIES MAKE IT THRU THESE TRYING TIMES. ... View more
ShadysPlace
Asteroid
in Note20

ShadysPlace
Asteroid
in News and Announcements

I can't wait to see what's next for the line-up of Samsung products! I have been an ambassador for Samsung & their products from TV's, Kitchen Appliances & of course all electronics & all things📱 mobile! So hurry up & get here already! ... View more
ShadysPlace
Asteroid
in News and Announcements