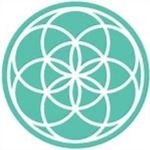 1 Like
Yes they have fixed it. Here's an article with the timeline: https://www.theverge.com/2021/3/22/22345696/google-android-apps-crashing-fix-system-webview ... View more
shiningsee
Cosmic Ray
in Note20

Re: Re: Here is a solution for Crashing apps issue...

5 Likes
Archiving is a way to move individual chat sessions out of your main message feed, but still have them available in a folder to view as needed. Typically, chats that you rarely need to interact with are archived to declutter your message feed.  Android (Google) Messages has this feature, but Samsung Messages does not. Google also uses the archive folder as a place to move suspected junk messages, some of which could be phishing attacks and quite harmful to click on. ... View more
shiningsee
Cosmic Ray
in Samsung Apps and Services

Archive and backup are two different things. Ideally, all messages should be backed up automatically and may never be accessed again, except in cases of needing to restore after data loss or device/carrier switch. Archiving is a way to move individual chat sessions out of your main message feed, but still have them available in a folder to view as needed. For a good example, see Android (Google) Messages. Google also uses it as a place to move suspected junk messages, some of which could be phishing attacks and quite harmful to click on. Obviously, backups are not a relevant solution for such scenarios. ... View more
shiningsee
Cosmic Ray
in Galaxy S20

Hello, I'm not sure why there aren't more customers complaining about the wind noise. I just bought the Buds+ during Black Friday. Indoors they sound good and fit great.  Going for a walk outside, I immediately encountered the very loud wind whistling sound. It was not even a strong wind, but a mild, slight breeze. I tried every ambient sound setting from low to high and the intermittent wind noise was still louder than the audio I was listening to.    I found a post in this forum that mentions a firmware update for the Buds Live fixing the wind noise issue, but no mention of the Buds+.  These are definitely going back to Samsung if this issue can't be resolved.   Edit: I just updated the Buds+ software in the the Wear app. Software version is now R175XXU0ATK1. Although this update does not mention fixing wind noise or anything about external mics or ambient sound, I'll have to test again when there's a slight breeze to see if the issue is fixed.  ... View more
shiningsee
Cosmic Ray
in Galaxy Buds

@Heisenbergwrote:   The best way to make this work is to be able to teach Bixby, but that feature which is in Bixby doesn't work and I can't understand why it's there and it does nothing. And even if it did work ( as in you say a name spell it out for Bixby and enter it into a data base) I doubt that Bixby could recognize it and this is why.  You do the voice recognition exercise reading out aloud what bixby asks you to read out aloud a couple of times, only to use the very same commands as you just did in the reading out aloud exercise and it doesn't even come close to what you just said, it's unbelievable how you just finished doing that exercise and it can't remember what you just said less than 30 seconds ago.  It's a massive failure!     Agreed! Bixby doesn't seem to learn from user input at all.   For developers, alternate name spellings that sound alike are a different problem from correctly understanding pronounciations--and probably easier to resolve. Utlimately, it's better for a few devs to add alternate spellings than for millions of users to enter a limited subset of names manually--most likely getting frustrated with their phones, searching online for workarounds and generating support contacts in the process.   For pronounciations however, I agree machine learning from user sampling is probably the best solution if Samsung can get it working.    Samsung seriously needs to fix both these issues. I don't blame customers for their frustration and confusion. But, in the end, it looks like we're mostly in agreement. Bixby is a work in progress. Yes, use the workarounds for now, but let's keep pressure on Samsung to make improvements! ... View more
shiningsee
Cosmic Ray
in Samsung Apps and Services

@Heisenbergwrote:   You can either have it working for you today as a workaround or you can sit there scratching your butt wondering how to get it working, it's your call. I would rather it worked properly, but what your suggesting is that we should go without because you can't compromise and that's just unequivocally stupid. As I said  above, " Yes, it works. I've had to use it myself. " Not sure how you got from there to "...sit there scratching your butt... because you can't compromise". But let's leave that rather flimsy straw-man where he belongs and focus on more important matters.. ... View more
shiningsee
Cosmic Ray
in Samsung Apps and Services

1 Like
@Heisenbergwrote: I can't understand why people insist bixby should spell their contact's name correctly, it's not a spelling program. If bixby comes back with the same wrong person's name every time, change your contact listing to what bixby comes back with. job done. What's better, bixby doing what you want bixby to do or you not getting this feature working for you because you don't like the name bixby comes back with, FFS people use your heads. What you're suggesting is not a solution, but a workaround that makes people conform to what the computer program expects. Yes, it works. I've had to use it myself.    It is possible however, to update the name database and search algorithm to sequentially step through alternate spellings. This is a smarter approach that would make life easier for users and  Samsung support. We should all expect a more intelligent Bixby and not be shamed into accepting a kludgy workaround. ... View more
shiningsee
Cosmic Ray
in Samsung Apps and Services