Seems to be a common problem with the TU 8000 series

So my model is and 50tu8000 isn't even 2 years old. I barely watch it. I noticed when I first got it it took a while to come on. Well now I'm to the point where I would just leave it on and then I would accidentally turn it off and now it just won't come back on. So before I throw it off the highest flight of my apartment building I took the back off. It looks absolutely fine to me. But I'm not an instrumentation electrical person. I'm a piping designer.

What's really wild is that I could tell  the back had been taken off from the bottom of it because of some scuff marks.

No more Samsung for me. 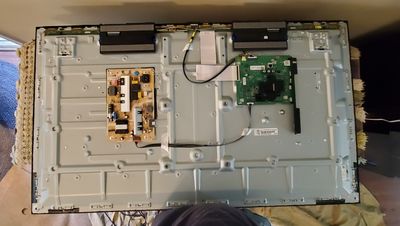 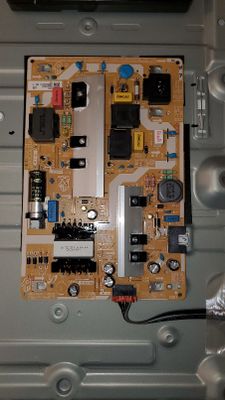 The replacement main board and the power board are only $109 from this one website I found. But I don't know if that's the problem. I don't know where the LCD lights are. If anyone has any suggestions take a look at the pictures and let me know. 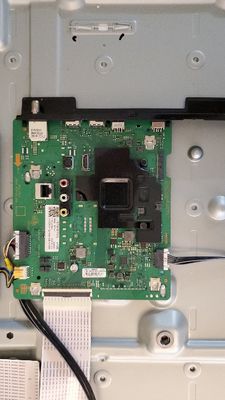 Many other photos if anyone knows what they're looking at.