One UI 4 Beta program for Z Fold 3 is still closed for US market.

Discussions
So does that mean we should have received the official update? Because I never received any notification of closure, and am still on the 3rd beta...
1 Like
Share
Reply 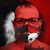 Discussions
Ok this doesn't make sense. Do we need to sign up again to be beta testers even though we are running beta versions already?
0 Likes
Share
Reply

Discussions
No, you do not need to sign up again. You are already signed up for the beta program.

Nobody received any notification of closure. By the beta program being closed, it means no new and additional users can any longer sign up to the program. They released the official build in Korea and it had major problems. The article states that the beta program was reopened to additional users in Korea because of these issues. Nobody in the US received the official software update. We will either get another test build, or have to wait a little longer for the official software while Samsung irons out any bugs in Korea.
1 Like
Share
Reply