Why is U.S. always last to get updates?

Discussions
Still waiting for update on my Note 20 Ultra 5G. This is my 4th Samsung phone purchased directly from Samsung and nothing has changed.
7 Likes
Share
Reply
14 Replies

Discussions
When they release beta's, they can bypass all the carrier approvals. My idea was to release what Samsung thinks is good as a beta, and when the carriers give their final approval, it will roll out as stable.
0 Likes
Share
Reply 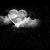 Discussions
They can't bypass the carrier. If they could then all carriers would be on it. Carriers chose not to do it. They can't just by pass the carriers cause if something doesn't work on that network the customers are affected which is why updates HAVE to go through the carriers. If they were able to bypass carriers then why do they still have network locked phones. Any and a updates have to be approved by a carrier to make sure they work otherwise we have the pixel nightmare
0 Likes
Share
Reply

Discussions
When Samsung released beta 1, 2 & 3, it did not get approval from the carriers. Only stable releases need approval. Therefore it happens from time to time that a beta is released and can mess up service until they release an update. All Samsung needs to do is release beta 4 which would will be the same firmware as stable like apple does with the gm. Also, it's time for samsung to take a tougher approach like apple.
0 Likes
Share
Reply

Discussions
Apple has a monopoly on their software it's closed source. Android is open and goes on many different devices. The only way they can get tough is make their own software like Apple which would take years and money. Samsung can't afford that cause then they would turn into LG and lose a department
0 Likes
Share
Reply

Discussions
If I'm on beta, will I still be able to OTA the official release?
0 Likes
Share
Reply